In 1995, Seoul, South Korea was the host nation for the Global Consultation for World Evangelization (GCOWE ’95).  It was one of several gatherings connected with the AD 2000 and Beyond and the Lausanne Movement.  During those meetings I had the opportunity of spending some time with Dr. Robert Coleman.  Of the many books he has authored, he had just finished his latest at that time, titled “The Coming World Revival.”  Dr. Coleman has written extensively over the years about revivals and spiritual awakenings.  He has said, “Scripture seems to allude to a world revival, though this interpretation is by no means unanimous.”

Habakkuk 2:14 tells us that a time will come when, “The earth will be filled with the knowledge of the glory of the Lord, as the waters cover the sea.” It is another indication that we can expect a worldwide revival.  There are increasing signs that we could experience that prophecy in our lifetime.  Another amazing promise from Scripture is that the Good News of the Kingdom will be communicated in the whole world as a testimony to all nations (people groups), and then the end will come.  There are many other prophecies and promises that should encourage all of us as followers of Jesus.

Revivals and spiritual awakenings are in fact taking place in many parts of the world these days.  There are also many parallels when we study the major revivals and spiritual awakenings throughout biblical and church history.  They normally happened during hardships and difficult times.  Significant movements of God have resulted in activating the Body of Christ and many turning to the Lord.  There are many lessons and principles that should encourage each of us as followers of Jesus.

A few years ago, I had a conversation with a friend who is a biblical scholar and historian.  He was sharing with me some of the conditions that existed just before the First and Second Great Awakenings here in the United States. Things were very bad.  There was a lot of turbulence and disturbing developments.  It is amazing when we observe the parallels between cultural issues and societal conditions between then and now.  Moral and spiritual decline seems to set the stage for revival and spiritual awakening and increasing numbers of people coming to an awareness of their need for the Lord.

Whether they are defined as revivals, renewals, awakenings or movements of God, we have been blessed to experience several in the history of this nation.  Many more have happened throughout the rest of the world.  It has been a great blessing to have personally benefited from several movements of God in my lifetime.  The Asbury revival and the Jesus movement (or revolution) of the early 1970s was one of those.  As a college student at the time, I experienced a spiritual transformation and began to actively share the Lord and see many come to Christ.  A key factor for me was having a new passion for sharing with others what God had done in my own life.  It was certainly a personal spiritual awakening for me that became contagious.

Many articles and books have been written, as well as sermons and lectures, giving accounts of how the Lord worked during that period.  There has also been an ongoing ripple effect that is still having impact today.  Many believe that it was the turbulence of the 1960s that set the stage for that movement.

PODCAST: Whyte House Family Spoken Novels #261: I Need Someone to Pray with Me – Chapter 31 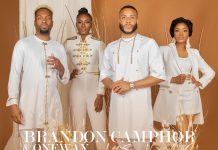 WATCH & LISTEN: Brandon Camphor & OneWay’s A Cappella Rendition Of “Lift Every Voice” Is The Soundtrack For Juneteenth & Black Music Month

Alveda King on Celebrating Juneteenth With the Truth