Hamas has launched a rocket attack on Tel Aviv, with a direct hit on a building leaving at least one person dead, Israeli media reports.

Hamas said in a statement it had fired 130 towards the city and its suburbs as weeks of tensions with Israel escalated into some of the most violent scenes since the war of 2014.

The attack on the building took place in the suburb of Holon, killing a 50-year-old Israeli woman, according to local medics. 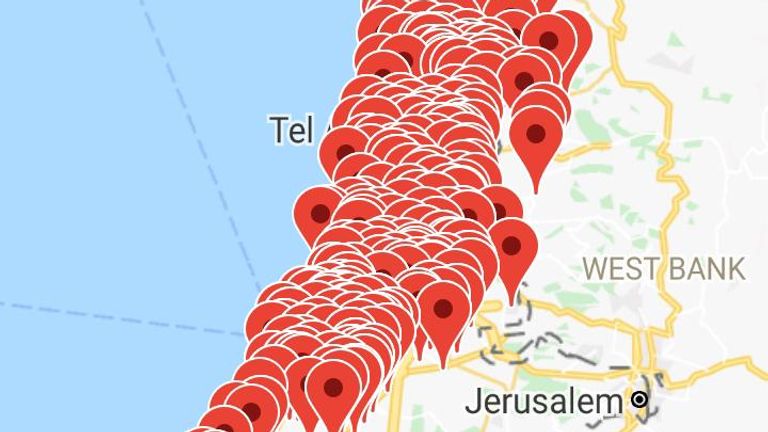 Image:An Israeli app that monitors rocket fire shows the extent of the attack in Tel Aviv

Two Israeli women had already been confirmed dead in airstrikes on two houses in the city of Ashkelon, near the Gaza strip.

The deaths came after Israeli fighter jets, attack helicopters and drones hit more than 130 “Hamas military targets”, including the home of a Hamas commander, according to the Israeli military.

Twenty-six Palestinians, including nine children, died as a result.

The airstrikes were a retaliation for a barrage of rockets fired into Israel from Gaza on Monday, including six rockets which landed near Jerusalem.