According to Mission Network News, Troubling news surfaced this week in Burkina Faso: “This was an attack on a baptism service, specifically targeting Christians. It is believed that it was radical Muslims [who attacked], possibly affiliated with the Islamic State,” The Voice of the Martyrs USA spokesman Todd Nettleton says. “At least 15 people were killed; many others have fled.” It’s the latest in a string of attacks targeting Tin-Akoff in northern Burkina Faso. “Within the last month, in this part of Burkina Faso, we’ve seen several attacks where civilians were killed,” Nettleton says. Two Spanish journalists were among more than 50 people killed during one week in April, the Associated Press reports. Trends like these are troublesome, but you probably won’t hear much about it on the nightly news. “It is ‘flying under the radar’ of the world [policymakers and news media], and I don’t have a good explanation for that,” Nettleton says. “15 of our brothers and sisters [in Christ] were killed. Somebody needs to be paying attention to this.”

According to Assist News Service, Since lockdown began last year Calvary Temple Church in Hyderabad, with more than 330,000 members, has distributed 700 tons of food supplies to families in desperate need. Now as India is in the grip of a devastating second wave, their church building has been converted into a 300 bed Covid Care Centre. “We admit anyone who knock on our door regardless of caste, creed, race and religion we admit them,” Calvary Temple Pastor Dr. P. Satish Kumar told the Global News Alliance. “And we try to provide needed treatment. The response has been tremendous. They believe they are in God’s presence, in God’s temple. Most of the people pray here and then seek God’s help and encourage each other.  And it has been a wonderful experience in showing the love of Christ to all these needy ones.” Pastor Kumar says they plan to extend these Covid Care Centres to all their church locations.

According to Mission Network News, Nigeria has devastatingly remained the “most Christian killed country” and ‘most dangerous place to be a Christian’ as well as Africa’s newest hotbed of Islamic Jihad and religious intolerance. Statistically shocking is the fact that the country had in the past four months or from January to April 2021 lost no fewer than 1,470 Christians. Also out of estimated 3200 defenseless Nigerians abducted by jihadists during the period, Nigerian Christians accounted for no fewer than 2,200. The 1, 470 Christian deaths in four months is the highest number recorded since 2014 and it specifically surpassed the total number of Christians killed in 2019, estimated by the Open Doors to be 1,350. It is recalled that the International Society for Civil Liberties and Rule of Law had in early January 2021 statistically disclosed that more than 2,400 defenseless Christians were hacked to death by jihadists in Nigeria in 2020. But in the World Watch List report on persecuted Christians released by USA based Open Doors; the group found that “3,530 Christians were killed in Nigeria between Nov 2019 and Oct 2020”. In other words, it is most likely correct to say that ‘between 2,401 and 3,530 Christians were hacked to death by jihadists in Nigeria in 2020’.

According to Mission Network News, Recent attacks left four Indonesian believers dead as terrorists razed homes and a house church. Tim Neu, the Interim President/CEO of Wycliffe Associates, says the tragedy underscores Indonesia’s deep need for Scripture. “For three generations they’ve had believers, but they haven’t had access to a full Bible in their language. They’ve accepted God’s Word in terms of the salvation story, but they haven’t had access to the Scriptures in the language of their hearts,” Neu says. Bible translation isn’t easy in the archipelago. More than 12,000 remote areas have no Internet access. Humidity and frequent flooding pose a threat to anything in paper form. Enter: Wycliffe Associates’ Bible Translation Acceleration Kits, or BTAKs. Indonesia’s Sawi tribe, which is only reachable by plane or boat, recently received a BTAK from Wycliffe Associates. Today, believers are almost finished translating the Old Testament into their language. “This was once a tribe of cannibals. Generations grew up learning only to kill or be killed in tribal warfare. Today, God’s Word is transforming their hearts.”

According to Mission Network News, This Sunday, May 23, marks the Day of Pentecost – an annual Christian holiday observed by believers worldwide. The International Day for the Unreached also falls on Sunday, as well as a brand new 33-day prayer campaign. “The Day of Pentecost takes us back to Acts 1 and 2. Jesus promises to His disciples that they should go to Jerusalem and wait [because] He’s going to send the Holy Spirit, which will empower them to bring His message to the whole world,” York Aspacher with the Alliance for the Unreached says. Two thousand years later, the Gospel remains out of reach for a third of humanity. “THREE BILLION PEOPLE IN THE WORLD TODAY ARE WITHOUT ACCESS TO THE GOOD NEWS OF JESUS. MANY CHRISTIANS JUST DON’T REALIZE THAT.” You can help change this on the International Day for the Unreached. “We hope the people who come to the live event on Facebook and connect with us will then turn around and share that in an ongoing way,” Aspacher says. The 1:11 Prayer Challenge kicks off on Sunday, too.

According to Mission Network News, Jason Woolford of Mission Cry felt led to send Scriptures to 500 houses surrounding the site of Osama Bin Laden’s old compound in Abbottabad, Pakistan where he was killed in 2011. Woolford says, “So we began to pray and plan and reached out to our Pakistan missionary team there. And I said, ‘Listen, I need you to pray, this is what I feel like you to do to go down to Osama bin Laden’s compound, and give the Word of God there, 2000 Bibles in total.’ And I said, ‘I need you to pray because it’s very serious.’ He came back a couple of days later and said, ‘We’re in.’” Woolford says 100 Muslims began following Christ after receiving Bibles from Mission Cry partners. Woolford says, “For those that are listening, that did pray, I want to thank you, because we know that that’s it’s war, we were awarding, on behalf of this team.”

According to Mission Network News, Ever since the COVID-19 pandemic reached Israel and Palestine, tourists have been unable to visit Jerusalem. That’s why Bethlehem Bible College now offers the Discover Galilee from your Place online course. Participants will get a virtual tour of significant places in the ministry of Jesus. Click the link to register or get more information. This was proceeded by Discover Jerusalem from your Place. Participants in that course got a virtual tour of the city, especially locations important in the final hours before Jesus’ death and resurrection. The Discover Galilee course will run from June 5 to July 31 and will include 9 sessions, with 13 total hours. 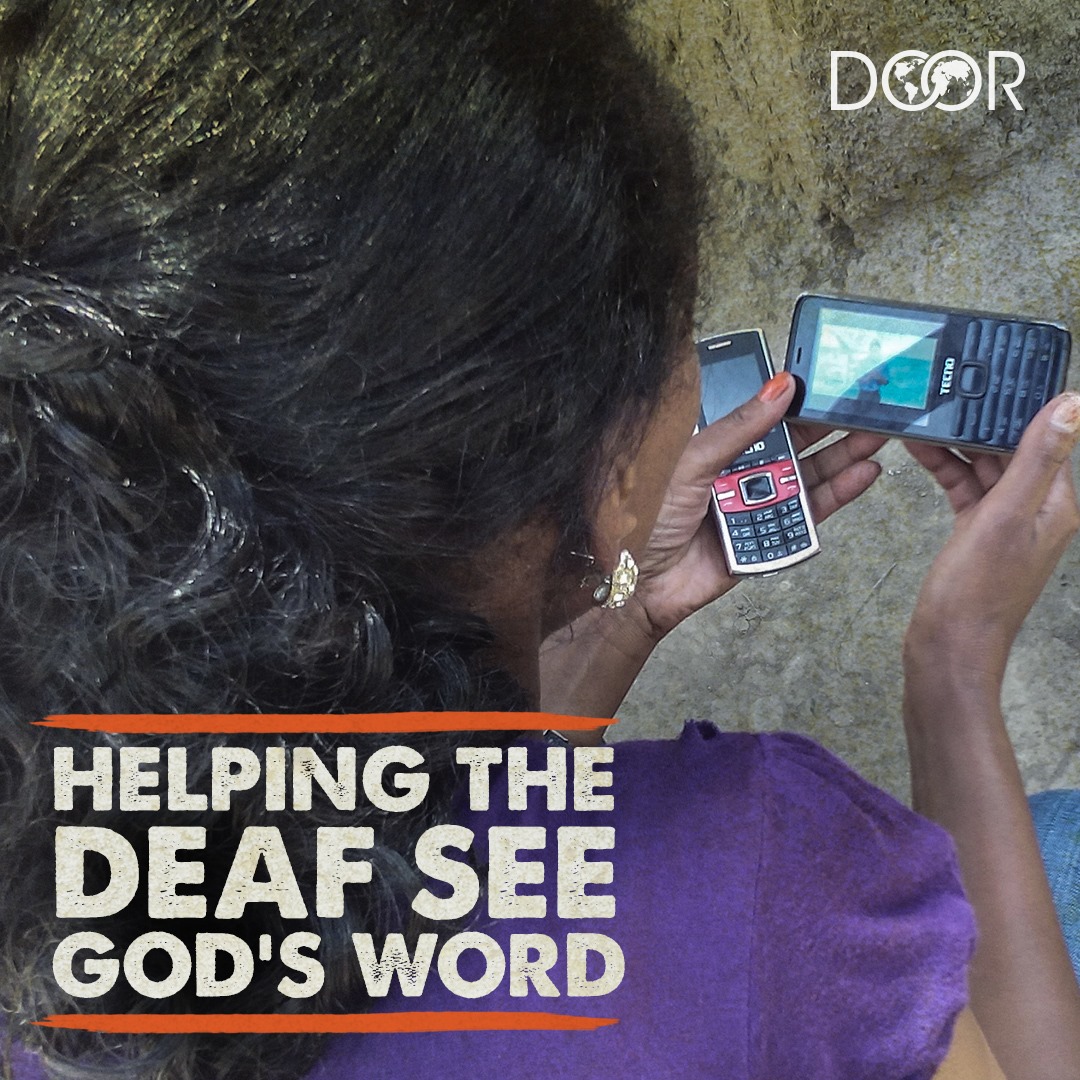 How to Welcome your Missionary Friends Home