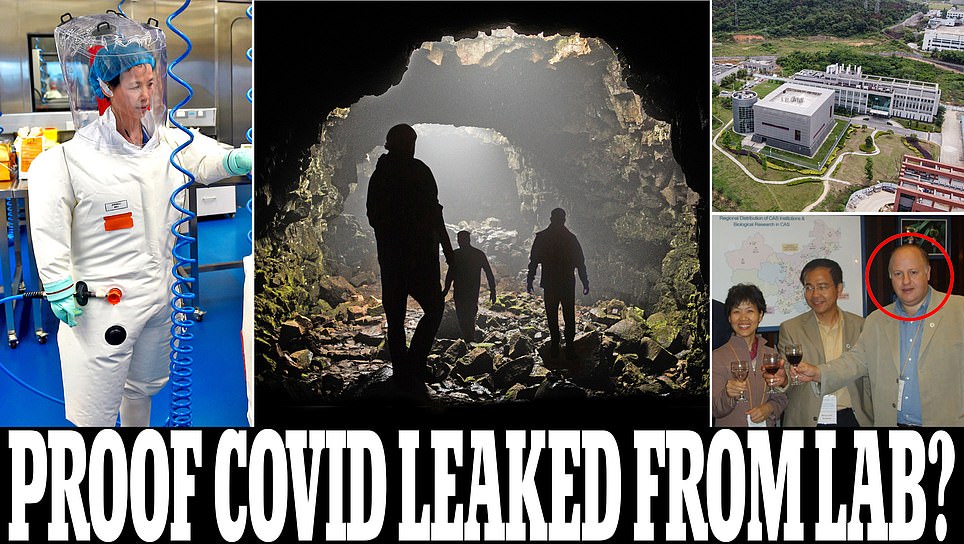 In 2012, six Chinese miners developed a severe, pneumonia-like disease while cleaning out an abandoned copper mine in the county of Moijang. All six died. Blood samples from the victims were sent for analysis to the Wuhan Institute of Virology (WIV) (top right) in Hubei Province. There the blood was analysed by Dr. Shi Zhengli (left, in the WIV in 2017), a famous scientist known as ‘Bat Woman’ by her colleagues because of her pioneering virus-hunting expeditions to bat caves in remote parts of China over almost two decades. Nine years on and the miners of Mojiang are suddenly generating headlines worldwide after the Wall Street Journal reported conclusions from a confidential U.S. intelligence report claiming three researchers from the Wuhan Institute of Virology (WIV) (top right) were hospitalised in November 2019 with symptoms ‘consistent with Covid-19’. The revelation gives fresh impetus to long-standing claims that the novel coronavirus virus – official name SARS-CoV-2 – originated not at the Huanan seafood and wildlife market in Wuhan, or at any of the other suggested ‘ground zeroes’, but via a leak in a Wuhan laboratory. So could the virus (or a related variant) that infected the miners – and which is known to have been studied in Wuhan – be the cause of a global pandemic that has caused 168 million confirmed cases and at least 3.5 million deaths to date? Bottom right: Dr Shi Zhengli with British scientist Dr Peter Daszak who runs a U.S. government-funded science group which for several years had financially backed the WIV in its hunt for new viruses in a bid to better predict emerging diseases. Main: File image of a mine. Not the one cleaned out by the Chinese miners.

Five Miners Killed in Fire at Copper Mine in South Africa

4 Chinese Miners Rescued After Being Trapped Underground for 36 Days

Debate Over Arizona Copper Mine Stirs Pits Profits vs. Religion