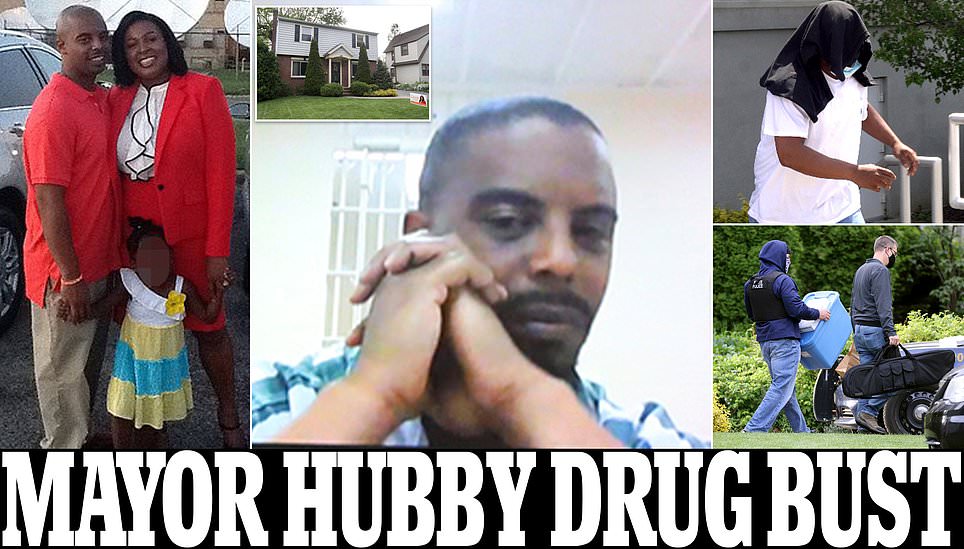 Rochester Mayor Lovely Warren’s husband has been charged as part of a seven-month narcotics ring investigation after police seized $60,000 worth of cocaine, $100,000 in cash, three firearms and a rifle in raids on the mayor’s home and six other properties. Timothy Granison, 42, was pulled over by police in his car Wednesday as part of the drug trafficking probe and was found to be in possession of a large quantity of cocaine, authorities said. Investigators then carried out a raid on the home he shares with the mayor and seized two firearms – a semi-automatic rifle and a loaded handgun. The bust was part of a raid on seven homes Wednesday to take out a mid-level drugs gang that has been ‘infecting the streets of Rochester’, Monroe County District Attorney Sandra Doorley said at a press conference Thursday morning. Seven people including Granison were arrested and charged in connection to the raids. Doorley said she expects more charges will be brought and more people will be arrested as part of the investigation. The DA would not rule out the possibility that Warren could face charges in the case.