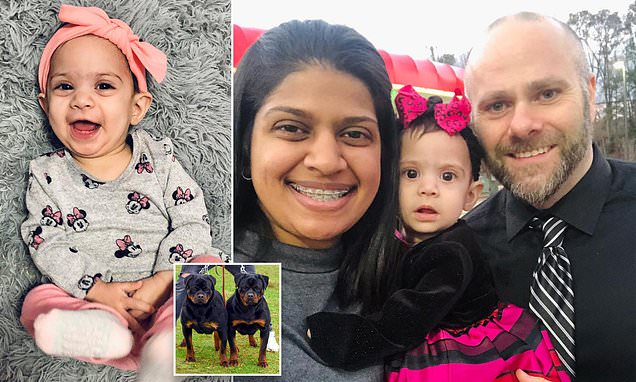 A North Carolina family suffered an unspeakable tragedy when their 10-month-old infant was killed by their two Rottweiler dogs. Authorities say that on Tuesday night, the baby girl’s father had stepped outside for a moment to move a sprinkler in the yard of their Willow Spring home when the family dogs attacked her. Johnston County Sheriff’s Office Captain Danny Johnson said that police arrived at the scene around 8 p.m. to find the infant “unresponsive.” “It’s a bad scene,” Johnson told 11ABC News. “Any time that a young child like that passes, it’s very hard on all of us [responding officers] because we all have children.” Johnson confirmed that the father is also a law enforcement officer. The dogs have now been seized by animal control.