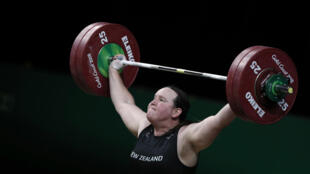 New Zealand weightlifter Laurel Hubbard is poised to become the first transgender athlete to compete at the Olympic Games, a move that will reignite debate over the ethics of trans sport.

The 43-year-old, who was born male but transitioned to female in her 30s, is on the verge of reaching the Tokyo Olympics under coronavirus-enforced new qualifying rules.

Hubbard, who also competed as a male, became eligible to compete in women’s weightlifting after showing testosterone levels below the threshold required by the International Olympic Committee.

She is aiming to make New Zealand’s Tokyo Olympics squad to contest the women’s +87kg category, an event in which she is currently ranked 16th in the world.

Hubbard is already in the history books after becoming the first transgender Commonwealth Games athlete at the Gold Coast in 2018, when she had to withdraw after suffering an elbow injury that almost ended her career.

While the New Zealand team is yet to be named, officials said Hubbard was likely to meet new qualification criteria that have been simplified by the International Weightlifting Federation because of the Covid-19 pandemic.

“The NZOC can confirm that revised international federation (IF) qualification systems are very likely to see a number of New Zealand weightlifters, including Commonwealth Games transgender athlete Laurel Hubbard, allocated an IF quota spot for Tokyo 2020,” the New Zealand Olympic Committee said.