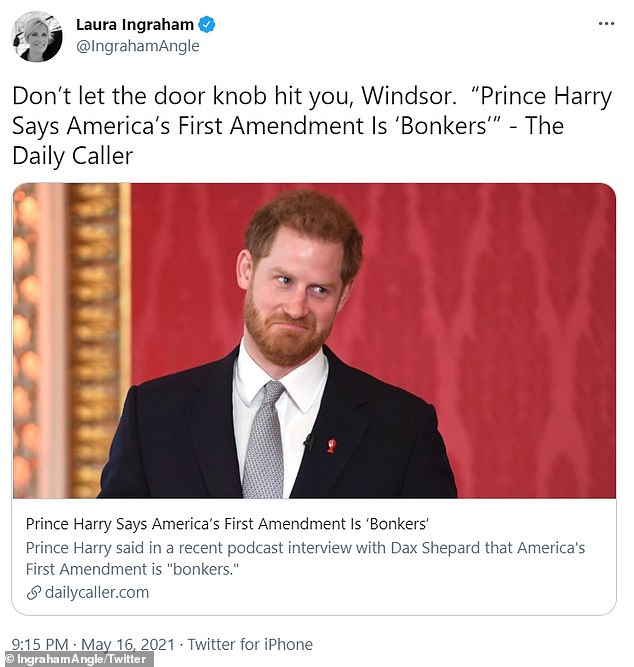 Prince Harry has sparked outrage in the US after describing the First Amendment as ‘bonkers’.

Harry appeared on Dax Shepard’s podcast on Thursday last week, where he appeared to criticize one of America’s founding principles; the freedom of speech.

The backlash was swift, with many quick to point out that Harry is a guest in his newly adopted country – and is free to return to the UK if he doesn’t like it in the US.

‘For Prince Harry to condemn the USA’s First Amendment shows he has lost the plot. Soon he will not be wanted on either side of the pond,’ wrote British politician and chief architect of Brexit, Nigel Farage.

‘I’ve got so much I want to say about the First Amendment as I sort of understand it, but it is bonkers,’ he said during the podcast last week.

‘I don’t want to start going down the First Amendment route because that’s a huge subject and one which I don’t understand because I’ve only been here a short time, but you can find a loophole in anything.

‘You can capitalize or exploit what’s not said rather than uphold what is said.’

‘This is why July 4th is referred to as Losers Day in your homeland,’ added Managing Editor of the Washington Examiner, Jay Caruso.

‘Prince Harry having strong opinions on the First Amendment without understanding it or informing himself about it shows how well he is assimilating here,’ wrote Twitter user Popehat.

‘Hey, go home! We fought a war to get rid of Royals on our soil No need to understand anything we do. Bye!!’ said Twitter user Diane. 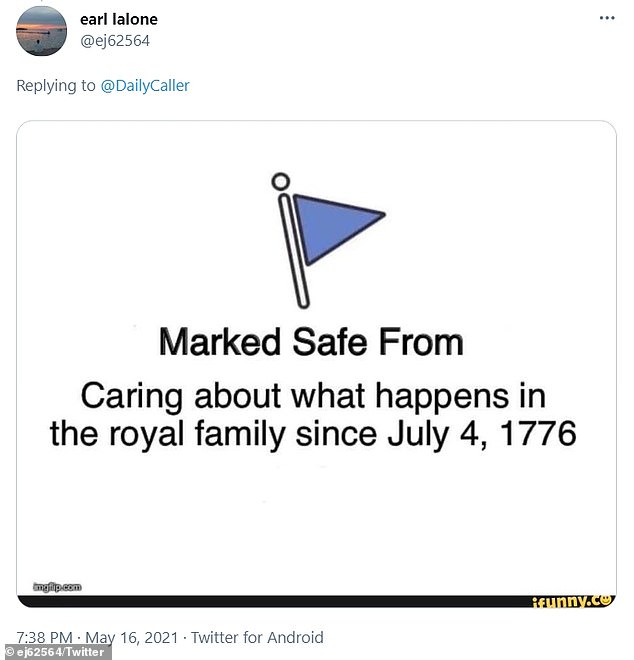 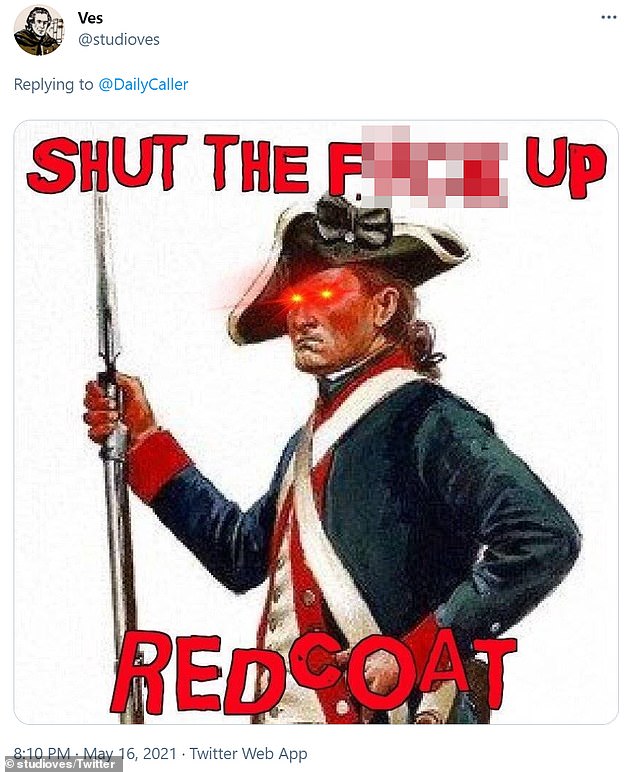 ‘His family is one of the world’s largest welfare recipients (sovereign grants) of all time with no real jobs and set no policy which he benefited from for years. That is bonkers,’ said another Twitter user.

‘Well, here in America he has the right to say stupid things,’ wrote Larry Keane.

‘It is quite literally the best thing any country has and this guy says it’s bonkers. Holy s***.’ said another.

‘I’ll fly to his house right f***ing now just to dump a box of Tetley in his pool if he keeps running his mouth like this’, joked one user with a sense of humor.

Prince Harry’s comments come two months after he was named to a left-leaning panel to ‘combat misinformation’ in the media.

The 36-year-old appeared on Dax Shepard’s Armchair Expert, to discuss mental health, his family, life in Los Angeles and his future projects.

The First Amendment of the US Constitution was established with the Bill of Rights on December 15, 1791, two years after it was introduced in the 1st United States Congress.

According to History, Antifederalists were not interested in ratifying the Constitution unless there was a way to ensure civic rights. This prompted James Madison to write the majority of what became the Bill of Rights.

The First Amendment states: ‘Congress shall make no law respecting an establishment of religion, or prohibiting the free exercise thereof; or abridging the freedom of speech, or of the press; or the right of the people peaceably to assemble, and to petition the Government for a redress of grievances.‘

The US Supreme Court often struggles trying to determine what falls under the caliber of ‘offensive speech,’ which is not protected by the First Amendment.

Also not protected in the First Amendment is libel or false and defamatory statements made by the press.

The First Amendment ensures a separation of church and state by declaring that there can be no ‘state’ religion.

The amendment has been tested many times over the years.

Freedom of religion is the first freedom mentioned in the Bill of Rights. Many of the first people who came to America make the journey in order to have religious freedom and they did not want the new government to take this freedom away. The First Amendment allows people to believe and practice whatever religion they want. They can also choose not to follow any religion.

Freedom of the Press

This freedom allows people to publish their opinions and information without the government stopping them. It covers all media including newspapers, radio, television and online. The freedom does not cover defamatory statements or plagiarism.

People have the right to gather in groups as long as they are peaceful. The government has to allow people to gather on public property. It allows for people to hold protests and rallies against the government calling for change. The government may sometimes become involved for the safety of citizens. Permits may also be required if a large protest is to be held.

Right to Petition the Government

The Founding Fathers wanted a way for people to officially bring issues to the government. The right allows individuals or special interest groups to lobby the government and to sue the government if they feel they have been wronged.

Wow! Out-and-Out Christian and Liberty University Graduate Shannon Bream Lands the Most Prestigious Job at Fox News; She Will be Chris Wallace’s Replacement for...

Conspiracy Theorist Alex Jones Views the Lawsuit Against Him From the Sandy Hook Parents as an Assault on the First Amendment of Freedom of...