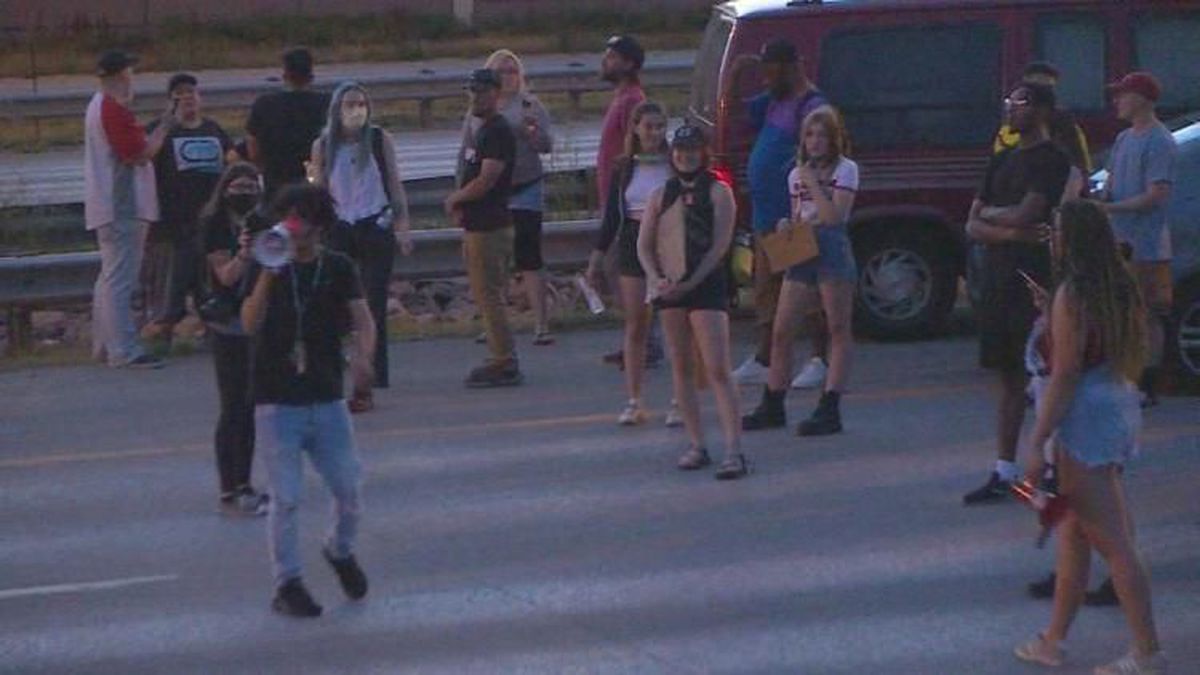 After protestors stormed Interstate 25 near downtown last summer to raise awareness for Black men who have been killed by police, a judge now said that a charge filed against one of those protestors is unconstitutional and should be dismissed.

Molly Avion said she parked her car on I-25 to protect her fellow protestors in June of 2020, as they called for justice in the death of George Floyd at the hands of Minneapolis Police.

“I’ve seen it happen in other states and, also actually earlier in Colorado Springs, of people attempting to run over protesters,” Avion said.

She said the demonstration blocked I-25 at the Bijou Street exit for about an hour that day, while police directed traffic away from the protestors. We streamed that protest on social media, and a CSPD officer was reprimanded for writing “KILL ‘EM ALL” in several comments on the live stream.

Avion said police officers didn’t engage with her or her fellow protestors at all while they blocked the interstate. Weeks later, though, her phone rang.

“I was by myself at home, and I got a phone call from a detective,” she said.

The detective told Avion she was being charged with Obstructing a Highway — a misdemeanor. She said her friends received similar phone calls, but some of them had been charged with felonies.