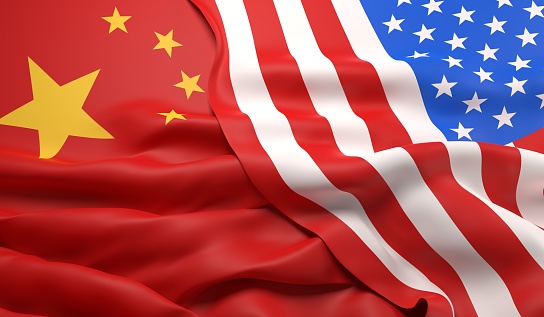 Welcome, China Watchers. This week’s guest host is Jacqueline Deal, senior fellow of the Foreign Policy Research Institute, co-founder of the American Academy for Strategic Education and president of LTSG, a defense consultancy. She’s been tracking China’s military buildup for two decades and has testified frequently before the congressional U.S.-China Economic & Security Review Commission. Over to you, Jackie. — John Yearwood, global news editor

The People’s Liberation Army is the oft-cited but poorly understood “pacing threat” during U.S. debates about the defense budget, which the White House will release Friday. Though Pentagon officials since the Obama administration have called the Chinese military the U.S.’s most capable rival, data about what China has actually been spending, or what it’s bought, remains scarce. Research into Chinese defense investments since 2000 reveals that, compared with the United States, China has prioritized purchasing weapons and equipment over spending on personnel salaries or on operations and maintenance. As a result, the U.S. military is on track to be outgunned — potentially in quantity and quality of armaments — by the end of President Joe Biden’s first term.

The lack of data on Chinese defense spending reflects the notorious unreliability of official releases from Beijing. Annual People’s Republic of China Finance Ministry announcements of the defense budget diverge from Defense Ministry disclosures, and have historically omitted cost categories that other countries include, such as weapons imports. “No data concerning the actual breakdown of China’s military budget by-service or within-service are presently available,” Andrew Erickson, a U.S. Naval War College professor and PLA expert, told the U.S.-China Economic & Security Review Commission.

All efforts to improve on China’s official defense spending figure, including from Janes, International Institute for Strategic Studies and Stockholm International Peace Research Institute, add in other PRC budget line items to try to account for omissions. The most recent reports on the Chinese military from the Pentagon and the Defense Intelligence Agency reproduce China’s official defense budget data while stating that estimating “actual military expenses” is “difficult” due to “China’s poor accounting transparency.”

To address this challenge, LTSG research group conducted a multiyear, open-source effort to estimate Chinese defense spending since 2000 by service across different categories such as personnel, operations and maintenance, and procurement. All the work proceeded from the ground up, using micro-level data from years of satellite imagery across thousands of sites and articles in PLA maintenance journals to military demographic and pay-scale sources including social media images of pay stubs. “The bottom-up approach,” said defense budget expert Todd Harrison of CSIS, “provides a new way of looking at the problem.”