The next day, April 4, evangelical Christian churches were packed with Easter worshippers, an immediate payoff for one of Bolsonaro’s key constituencies and a sign for many Brazilians their president’s politics take precedence over the realities of the pandemic, which has killed more than 437,000 Brazilians to date.

Like Donald Trump in the United States, Bolsonaro initially dismissed COVID-19 as a “little flu” and no reason to shut the country down, apparently hoping to keep the economy from failing. And like Trump, the Brazilian president has made evangelical Christian support a centerpiece of his political strategy. As the pandemic grew more dire through the spring, pastors have had a powerful influence on health policy. Brazil’s President Jair Bolsonaro, left, arrives on a horse to acknowledge members of the agribusiness community who had gathered to show him their support, in Brasilia, Brazil, on May 15, 2021. Tightened public health measures remain anathema to Bolsonaro; he has called lockdown measures “absurd.” (AP Photo/Eraldo Peres)

The president’s opponents are just as adamant to curb religious gatherings. Before churches could meet again in April, Marques’ decision was overturned by the court, led this time by justices who upheld a previous decision that approved bans on in-person worship. Two weeks after Easter, the country’s Senate opened an investigation into Bolsonaro’s handling of the virus, including whether he intentionally delayed the purchase or production of millions of vaccine doses.

Political observers are sometimes at odds over whether Bolsonaro or the evangelicals are best served by pushing back against COVID-19 restrictions, and whether either partner’s public agenda is what it seems. 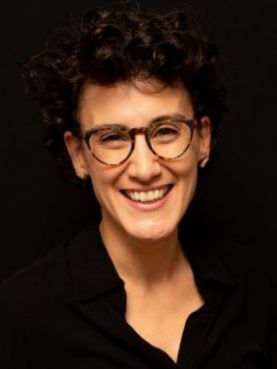 Ana Carolina Evangelista, executive director of the Institute for Studies of Religion in Rio de Janeiro, believes conservative Christians are cynically following the president’s lead to maximize their power on other issues. They “will be wherever the power and the chance of victory is,” said Evangelista. “They know how to measure the temperature of their base’s demand and react to it.”

But Ricardo Gondim, pastor of Bethesda Church in São Paulo and a moderate, said it is Bolsonaro who is the political opportunist, convincing the evangelicals of his attachment to their social goals. “Bolsonaro knew to use the moralistic agendas that are truly dear to the evangelical movement,” Gondim said.

Protestant Christians make up less than a quarter of Brazil’s population of 211 million, but those 44 million still constitute one of the largest concentrations of Protestants in a single country, most of them evangelical Christian or Pentecostals.

Like American evangelicals, Brazil’s conservative Protestants began to coalesce as a political force in the 1970s. “Until then it was very fragmented,” said Lívia Reis, Evangelista’s colleague at the Institute for Studies of Religion. Christian leaders took to television and radio to spread the word, and they gained wide followings on faith-based media networks. “With the emergence of neo-Pentecostalism,” she said, “these more media-oriented churches began to enter the political arena.”

Historically, Reis notes, there was a maxim that “evangelicals don’t get involved in politics.” Since the 1980s, she said, that has fallen into disuse.

Conservative Christians nonetheless have retained the rhetoric of their years as a voiceless political minority. Talking of “Christophobia,” preachers don’t let their followers forget they had been persecuted, ridiculed, treated as ignorant. Reis admits their narrative contains enough truth to have energized their growing organization. 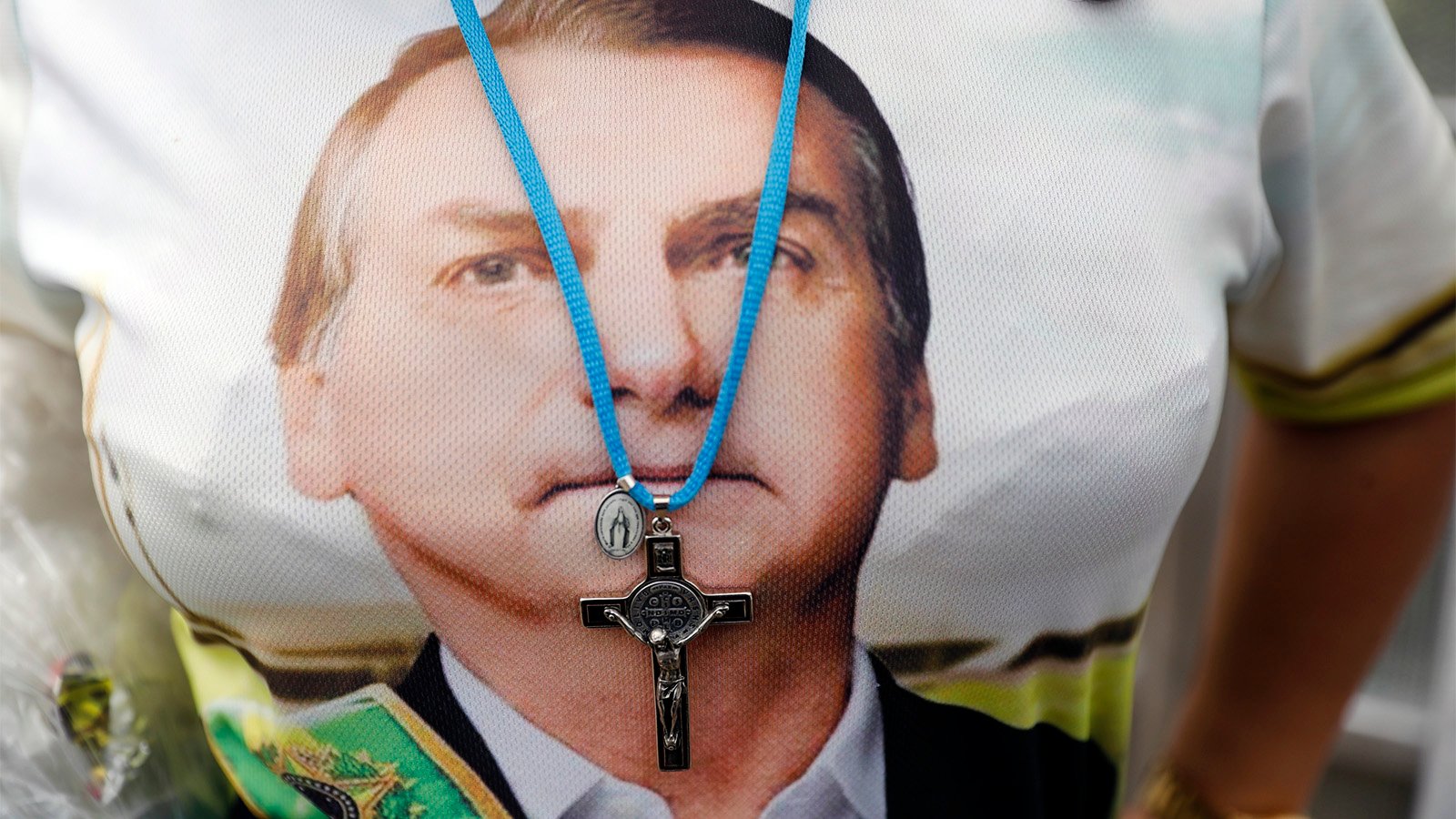 A supporter of Brazilian President Jair Bolsonaro wears a crucifix necklace over a shirt with Bolsonaro’s likeness prior to his inauguration, in Brasilia, Brazil, on Jan. 1, 2019. (AP Photo/Silvia Izquierdo)

Though no longer political outsiders, the evangelical bloc today says its moral values are dismissed by the left, and its leaders claim to feel constrained by the expansion of LGBTQ rights and feminism. “It has been more mobilized in terms of ‘moral threats,’” said Evangelista, than by persecution of Christians themselves.

The rhetoric of persecution has informed how evangelicals have responded to the virus, viewing the disease as a satanic attack that can be fought off with prayer and fasting while promising “a true Christian will be somehow armored and ‘no evil will come into the tent’ of a servant of God,” said Gondim, quoting the Book of Psalms.

Armored by faith, Gondim explained, “they promote crowds in their services and spread the disease. Dozens of pastors and thousands of evangelical believers have already died, but even so the discourse of ‘armor’ remains.”

Many evangelicals fall back on such arguments, Reis said, because they are poor workers who have no choice but to crowd onto public transportation, without any social distance. Why stay away from their places of worship, where they feel welcome and seek comfort in the middle of a pandemic? 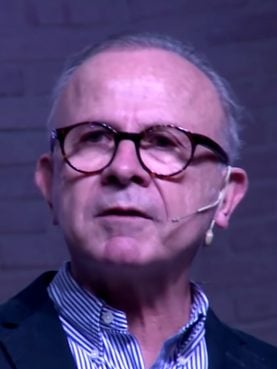 But some evangelical pastors, particularly those who are close to Bolsonaro, have been accused of framing anti-COVID19 measures as religious intolerance out of greed. “Pastors have maintained for years God would bless them with prosperity, health and miraculous healings,” said Gondim. “If perchance they admit they have to close their temples to protect themselves, just like anyone else, such pastors will be forcefully faced with a cruel reality: What they preached for years was not true.”

The result is a checkerboard of restrictive and liberal opening policies across the country, often depending on the gains to be made in tourism and church donations. In the town of Aparecida, east of São Paulo, an important Catholic pilgrimage center, houses of worship are permitted up to 25% capacity with social distancing and masks.

In Divinópolis, in Minas Gerais state, the city’s council approved a law that designated religious services as essential, allowing churches to open with restrictions. Other cities have similar plans to allow religious services to resume and proposing laws considering them essential services.

Where COVID-19 has struck the hardest, however, neither spiritual armor nor political will has convinced residents to congregate in churches. In São Paulo, where religious establishments have been cleared to host up to 25% of their capacity since April 18 despite the health care system being overwhelmed, even Pentecostal churches are operating well below the limit.