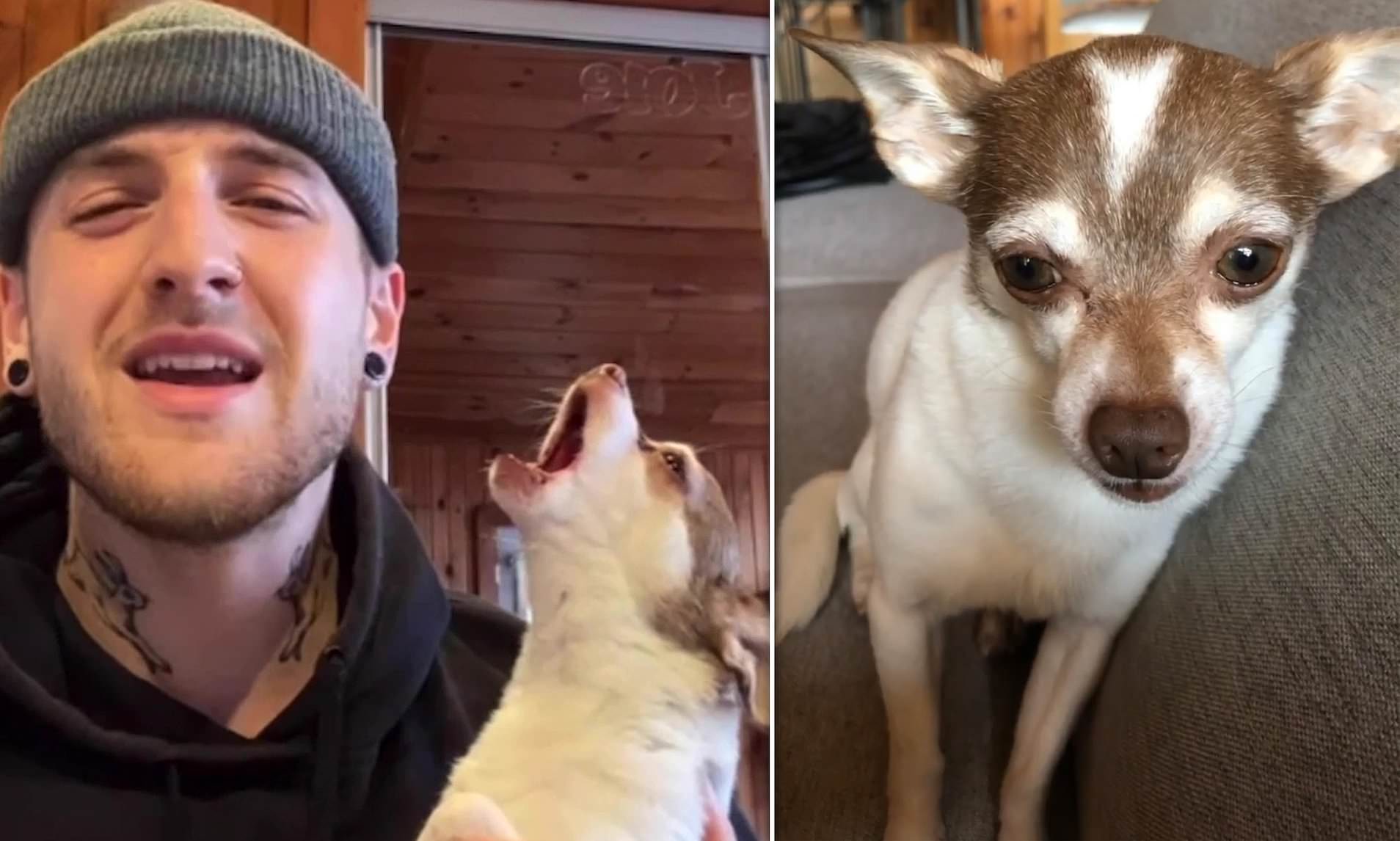 This is the amazing chihuahua who was been entertaining TikTok users by singing along to hits such as Gnarls Barkley’s hit Crazy.

Booboo, who is from Toronto, Canada, performs alongside his owner Martin Gratton, 22.

Fans of the dog have jokingly compared his high notes with those of Ariana Grande.

More than one million people have viewed footage of Booboo and Mr Gratton’s Crazy duet since it was uploaded on March 16.

In the video, Mr Gratton kisses the dog’s head before asking it whether he is ready for the show.

Mr Gratton starts to sing before the dog begins to howl.

One fan asked: ‘Is that Ariana Grande?’ Another commented: ‘Omg, it’s just too much!! Love it!! He knows exactly what he’s saying!’

Commenting on his dog Mr Gratton said: ‘He really likes to sing and I think it’s really cute, so I had to share it with the world. Every time someone in my household starts singing, he can’t resist and automatically joins [in].

‘I have not trained my dog to react to it, it’s just natural for him.

‘The first time we realised he liked to sing, we were sitting in the living room watching a hockey game and the national anthem was starting.

‘When the performer started singing, he joined in all of a sudden.

‘We were all really surprised and we were laughing so much.

‘Booboo doesn’t always react like that to songs, it honestly depends on the song but most of the time we end up with a little performance.

‘Some people think it is because it hurts his ears but even singing really low makes him sing.

‘He also gets super excited. You can tell that it doesn’t hurt him and he just really enjoys it.’

He added: ‘My close friends are now used to it, but at first everyone just laughs.

‘It is so special and funny to see a dog singing and being so happy at the same time.’

Mr Gratton said he and his mother, who encouraged him to post the footage on TikTok, cannot believe the reaction it has received.