A first information report (FIR) under blasphemy law section 295-B, has been registered against Maryam and Navish after a complaint from Dr Mirza Muhammad Ali.

In his written complaint he said while on his rounds of the Fatima ward with sanitary inspector Faisal Yaqoob, head Nurse Rukhsana told him that on April 8, Navish scribbled on a sticker inscribed with Durood Shareef (verses from the Holy Quran) that was displayed in the medical cabin. After stripping it from the wall, she allegedly handed it to Mariam.

According to the Muslim head nurse Rukhsana, she saw Maryam doing this and snatched the piece of paper inscribed with holy verses from her hands. She said she took pictures of that sticker to use as evidence. Rukhsana said that since it was the end of the day and most of the staff had left and there was no uproar, saving both nurses from the outrage.

She added that on that day nobody questioned Maryam and Navish but no Muslim can tolerate such contemptuous acts against their holy book and the Holy Prophet (PBUH).

In a video we have seen, a Muslim ward boy Muhammad Waqas has also alleged that Navish removed a religious sticker from a wall and tore it up on her colleague Maryam’s call. He claims Maryam committed a blasphemous act that cannot be tolerated by any true Muslim and used abusive language against both Christian nurses. 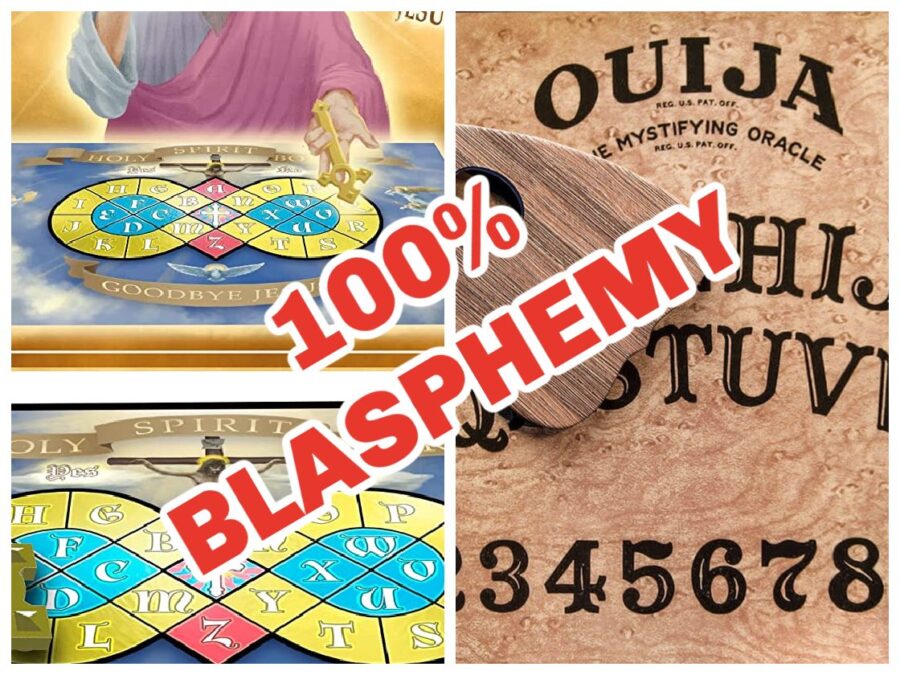 THE DEVIL IS A LIE! AND THIS IS GROSS BLASPHEMY! There is no such thing as a Ouija Board for Christians sold on Amazon.com...