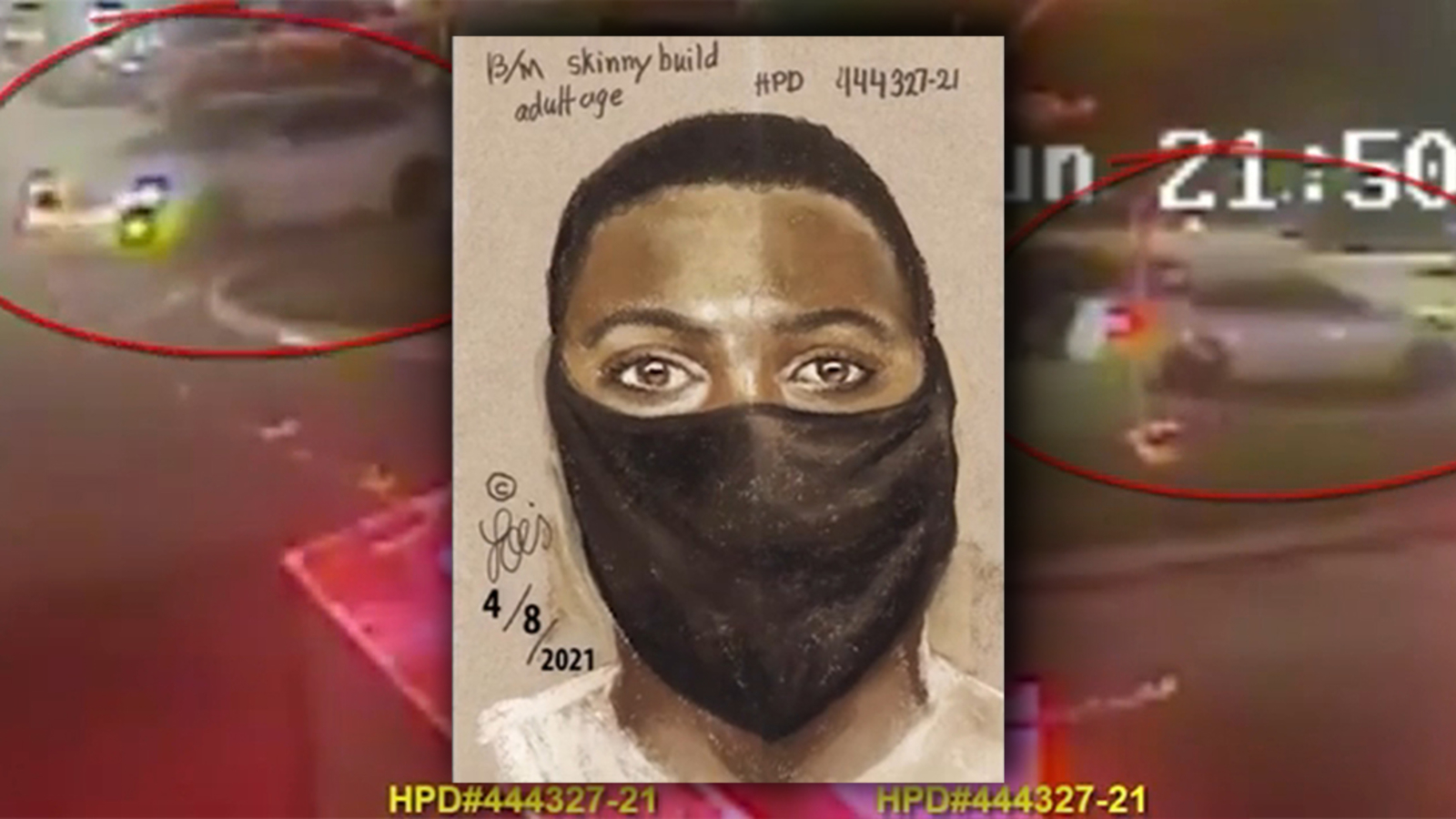 HOUSTON, Texas (KTRK) — A week after a 37-year-old man was shot to death in a robbery attempt as his daughter watched outside a west Houston entertainment complex, police have released a sketch of the suspect and surveillance video from the scene.

Miguel Vasquez was walking to his vehicle so he could drive to the door to pick up his wife at Dave and Buster’s in the 7600 block of Katy Freeway when a man approached him, demanded money and then shot him, HPD Lt. Christopher Bruce said last week.

The suspect is described as a Black male with a skinny build. The sketch shows an image of a man with a black mask over most of his face. The man ran to a vehicle after the shooting and got in before it drove away.

Grainy surveillance video from the parking lot shows a white sedan leaving the parking lot around 9:50 p.m., but the quality of the video made identifying the driver or license plate impossible.