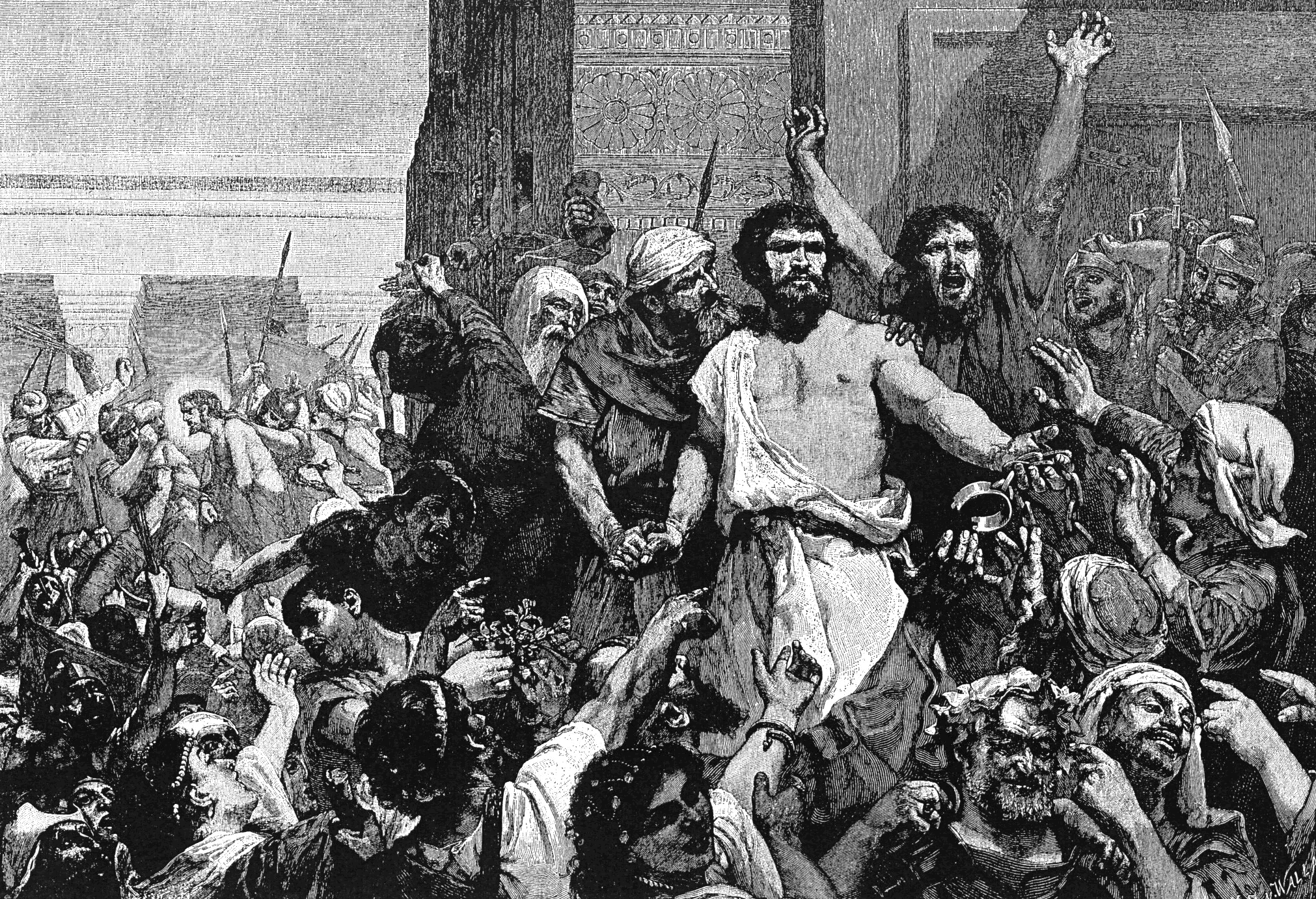 One of the great marvels of Scripture is the way minor characters embody an entire narrative. The Bible is full of obscure individuals about whom we know little besides their names. Yet many of them, instead of shuffling on and off the stage to advance the story (like they would in Homer or Shakespeare), become living examples of the story itself.

The most dramatic examples, for my money, occur in the crucifixion story. Think, for instance, of Simon of Cyrene carrying the cross, as Christ told his disciples they would (Mark 15:21). Or the criminal crucified next to Jesus who receives forgiveness at the last minute, becoming the archetypal deathbed conversion (Luke 23:39–43). Or the Roman centurion who supervises the execution and then exclaims, on behalf of billions of Gentiles in the centuries to come, “Surely this man was the Son of God!” (Mark 15:39).

But my favorite example is Barabbas. At one level, his is a simple story of exchange. Barabbas is due to die for his sins, and he deserves to. Yet without doing anything to merit mercy, he discovers that Jesus is going to die instead. Having awoken on Friday morning expecting nothing but a slow, horrible death, by evening he is home with his family to celebrate the Sabbath. We are clearly intended to see ourselves in this man: destined for death but finding freedom and life through the death of another.

If we reflect for a moment, it becomes clear this is not merely an exchange, but a substitution. Jesus doesn’t just die instead of Barabbas; he dies in his place as his substitute, his representative. We know this because—and this is often missed—Barabbas and Jesus stand accused of the same crime: sedition, insurrection, treason. Barabbas is a revolutionary who has directly challenged Roman rule (Luke 23:18–19). And from a Roman point of view, Jesus’ claim to be king of the Jews poses a threat to Caesar. Few examples of substitutionary atonement in Scripture are clearer than Jesus, the innocent man, taking the penalty so that none remains for the guilty Barabbas.