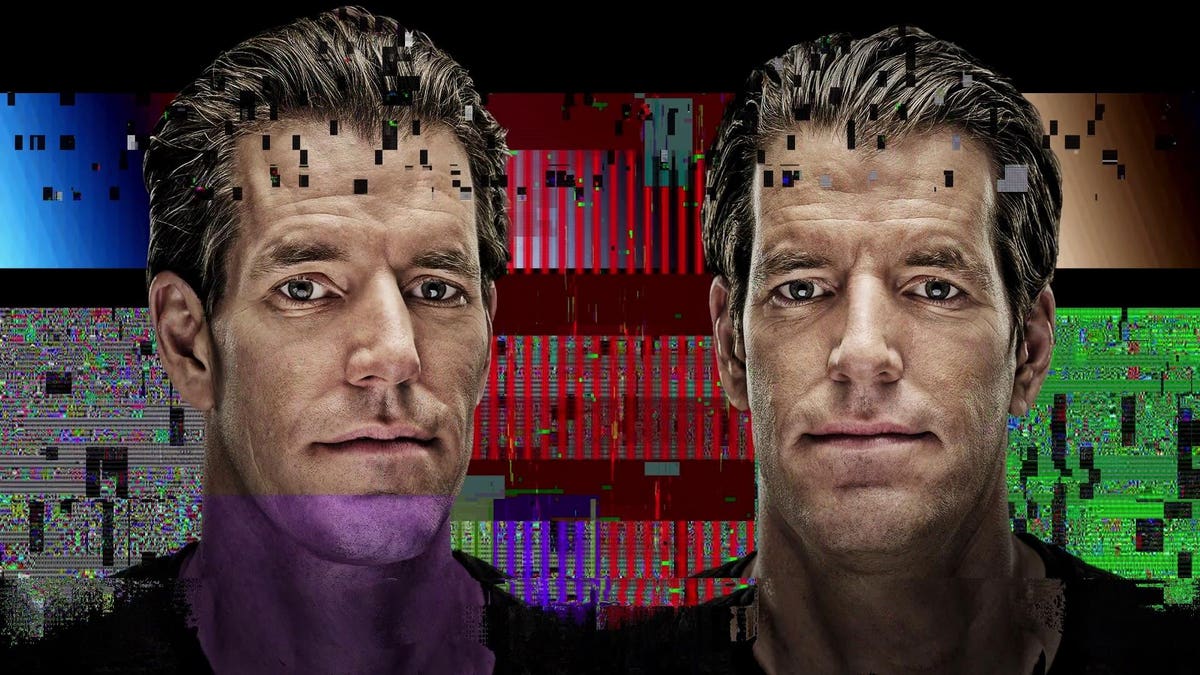 After losing an epic battle with Mark Zuckerberg over ownership of Facebook and being shunned in Silicon Valley, CAMERON and TYLER WINKLEVOSS are back—this time as budding Bitcoin billionaires at the center of the future of money, the creative economy and quite possibly a new operating model for Big Tech itself.

Identical Twin billionaires Cameron and Tyler Winklevoss saunter into their empty 17th-floor offices in Manhattan’s Flatiron district wearing designer high-tops, black jeans and matching sweatshirts made by the high-end streetwear brand Heron Preston. The sweatshirts—Cameron’s is red, Tyler’s white—are emblazoned with a NASA logo, which the twins picked because it echoes the space-exploration theme behind the brand of their seven-year-old cryptocurrency trading operation, Gemini. In addition to being the Zodiac sign symbolized by twins, it was the name of NASA’s second space mission—the one just prior to Apollo 11, which put the first man on the moon.

On this sunny March day, the spaceship is hitting warp speed. The price of Bitcoin is about to reach an all-time high of $58,000 (it sold for $8 in 2012 when the brothers began investing some $10 million in the digital currency), rocketing their combined net worth to $6 billion. Their latest investment, fast-growing Bitcoin lending giant Block-Fi, just announced it has raised $350 million, valuing the company at $3 billion.

And the 39-year-old brothers’ hottest venture, digital art auction platform Nifty Gateway, is basking in the glow of a sale at Christie’s, where the gavel is about to fall on the 255-year-old auction house’s first-ever sale of a nonfungible token (NFT) artwork, a one-of-a-kind computer file tracked on a digital ledger known as a blockchain. Nifty Gateway put the artist, Mike Winkelmann, who goes by Beeple, on the map through a series of “drops” starting last year. Before the day ends, Gemini’s custodial business, which houses digital assets securely, will receive a $69 million cryptocurrency payment for Beeple on behalf of Christie’s, making his “Everydays: The First 5,000 Days” the third-most-expensive work sold by a living artist, after Jeff Koons and David Hockney.

Much of the world still thinks of the 6-foot-5 twins as the crew-rowing chumps played by Armie Hammer in The Social Network, the hit 2010 movie about Facebook. At Harvard, classmate Mark Zuckerberg had swiped their idea for a social networking site, building an empire with 2.8 billion worldwide users and a personal fortune now worth $97 billion. A dozen years after they settled with Zuckerberg for $65 million in Facebook stock and cash, the Winklevii, as they are widely known, have emerged as leaders of a technological movement whose core operating principle involves digitizing the records of all assets globally, decentralizing control and cutting out gatekeepers—including Facebook.

Blockchain, the technology underlying Bitcoin and other cryptocurrencies, is already disrupting money and banking, as giant financial firms such as PayPal, Square, JPMorgan, Fidelity and Northern Trust embrace Bitcoin and jockey for position in a future awash in digital assets. At the same time, big companies including Boeing, Samsung, Tesla and Novartis are using the new technology to improve their supply chains, share customer data and speed up business processes. In some cases they’re adding Bitcoin to their balance sheets. In 2020, Bitcoin returned more than 300%, against 18% for the S&P 500.

The Winklevii say they’re just getting started. Through their holding company, Gemini Space Station, which owns their crypto exchange and Nifty Gateway, and via investments made by their family office, Winklevoss Capital, the duo have invested in no fewer than 25 digital asset startups. These fledgling companies are laying the foundation for what the brothers hope will be a new virtual world that they and others call the “metaverse,” in which digital assets like art, music, real estate and even entire businesses are created, bought and sold—and, most importantly, governed—by the blockchain. Many of the companies they’re backing are positioned to thrive in this three-dimensional version of the internet ruled via peer-to-peer computer networks, where participants rather than powerful companies profit.

“The idea of a centralized social network is just not going to exist five or 10 years in the future,” Tyler predicts when asked about Facebook. “There’s a membrane or a chasm between the old world and this new crypto-native universe. And we’re the conduit helping people transcend the offline into the online.”