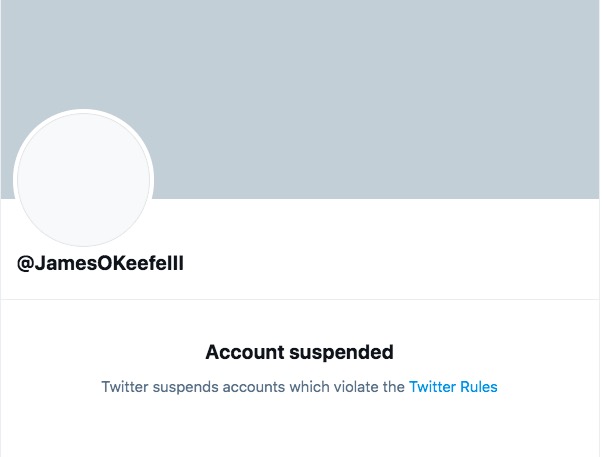 James O’Keefe, founder of Project Veritas, was permanently suspended from Twitter on Thursday.

As outlined in our policy on platform manipulation and spam, “You can’t mislead others on Twitter by operating fake accounts,” and “you can’t artificially amplify or disrupt conversations through the use of multiple accounts.”

The ban comes after Project Veritas released surreptitiously recorded videos of a CNN technical director criticizing the network while on what he thought were dates with a woman posing as a nurse.

O’Keefe told Mediaite he plans on suing the platform: “I am suing Twitter for defamation because they said I, James O’Keefe, ‘operated fake accounts.’ This is false, this is defamatory, and they will pay. Section 230 may have protected them before, but it will not protect them from me. The complaint will be filed Monday.”

O’Keefe added that he can be followed on Telegram, an alternate social media platform.