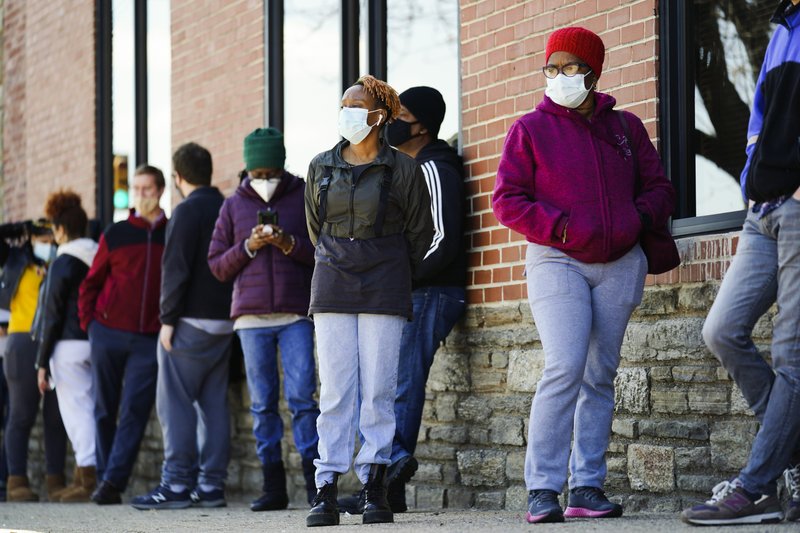 Nearly half of new coronavirus infections nationwide are in just five states — a situation that is putting pressure on the federal government to consider changing how it distributes vaccines by sending more doses to hot spots.

The heavy concentration of new cases in states that account for 22% of the U.S. population has prompted some experts and elected officials to call for President Joe Biden’s administration to ship additional vaccine doses to those places. So far, the White House has shown no signs of shifting from its policy of dividing vaccine doses among states based on population.

“You wouldn’t want to make those folks wait because they were doing better,” Geng said. “On the other hand, it only makes sense to send vaccines to where the cases are rising.”

The spike in cases has been especially pronounced in Michigan, where the seven-day average of daily new infections reached 6,719 cases Sunday — more than double what it was two weeks earlier. Only New York reported higher case numbers. And California and Texas, which have vastly larger populations than Michigan, are reporting less than half its number of daily infections.

Though Michigan has seen the highest rate of new infections in the past two weeks, Democratic Gov. Gretchen Whitmer has said she does not plan to tighten restrictions. She has blamed the virus surge on pandemic fatigue, which has people moving about more, as well as more contagious variants.