Brooklyn Nets center LaMarcus Aldridge announced Thursday that he’s retiring from the NBA after experiencing a health scare during his last game. In a statement posted to Twitter, Aldridge said he was struggling with an irregular heartbeat during his last game, which “really worried” him. “Though I’m better now, what I felt with my heart that night was still one of the scariest things I’ve experienced. With that being said, I’ve made the difficult decision to retire from the NBA,” the statement reads. “For 15 years, I’ve put basketball first, and now it is time to put my health and family first.” Although he is one of the newest members of the Nets, the basketball star has made a big impact on the team, starting in all of the games in which he’s played. Since 2006, Aldridge has appeared in over 1,000 NBA games across different teams, and has made a name for himself as a seven-time NBA All-Star. 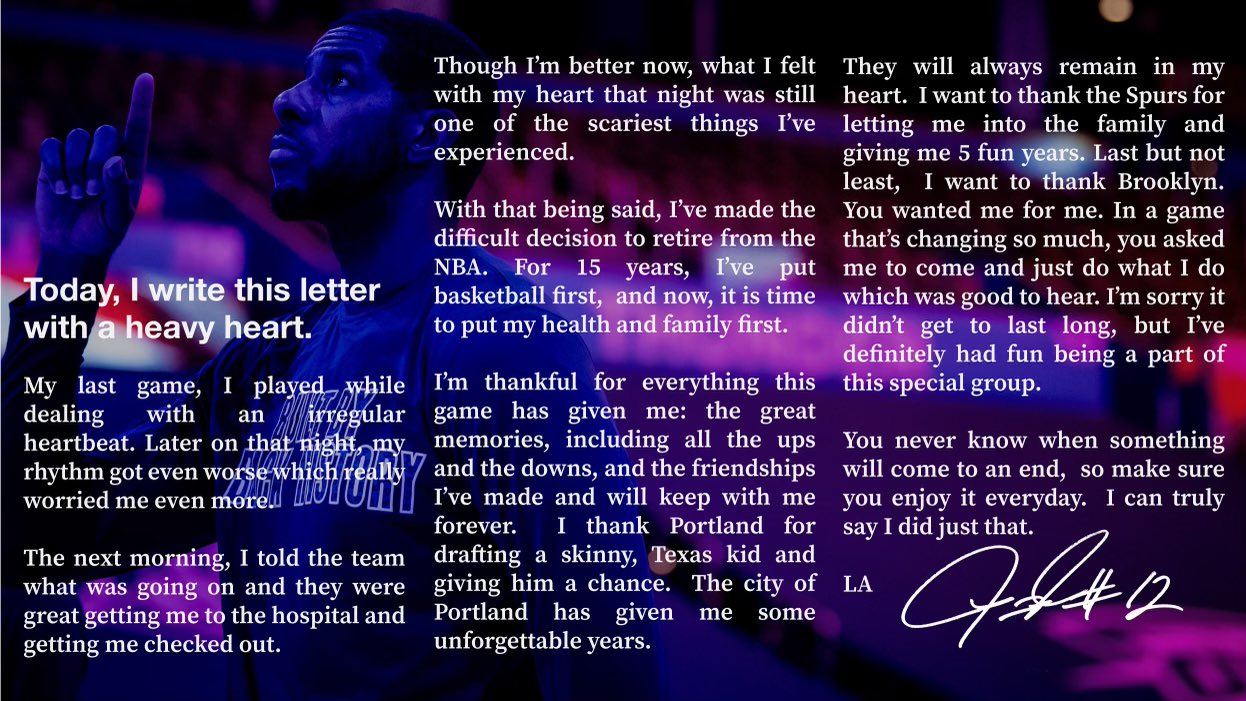