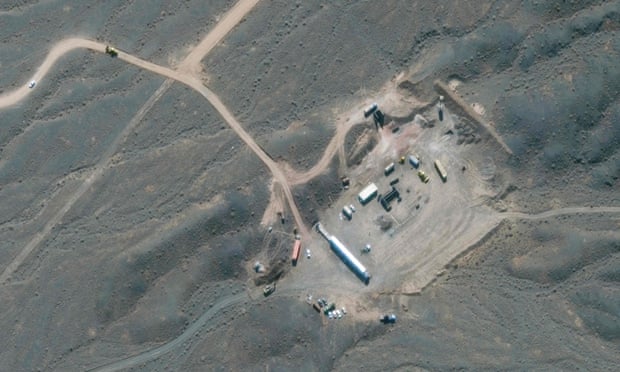 Israel appeared to confirm claims that it was behind a cyber-attack on Iran’s main nuclear facility on Sunday, which Tehran’s nuclear energy chief described as an act of terrorism that warranted a response against its perpetrators.

The apparent attack took place hours after officials at the Natanz reactor restarted spinning advanced centrifuges that could speed up the production of enriched uranium, in what had been billed as a pivotal moment in the country’s nuclear programme.

As Iranian authorities scrambled to deal with a large-scale blackout at Natanz, which the country’s Atomic Energy Agency acknowledged had damaged the electricity grid at the site, the Israeli defence chief, Aviv Kochavi, said the country’s “operations in the Middle East are not hidden from the eyes of the enemy”.

Israel imposed no censorship restrictions on coverage as it had often done after similar previous incidents and the apparent attack was widely covered by Israeli media. Public radio took the unusual step of claiming that the Mossad intelligence agency had played a central role.

The unexplained shutdown is thought to be the latest in a series of exchanges between the two arch-enemies, who have fought an extensive and escalating shadow war across the Middle East over more than decade, centred on Iran’s nuclear programme and its involvement in matters beyond its borders.

Clashes have more recently been fought in the open, with strikes against shipping, the execution of Iran’s chief nuclear scientist, hundreds of airstrikes against Iranian proxies in Syria, and even a mysterious oil spill in northern Israel, which officials there have claimed was environmental sabotage.

Natanz has remained a focal point of Israeli fears, with an explosion damaging a centrifuge assembly plant last July, and a combined CIA and the Mossad cyber-attack using a computer virus called Stuxnet in 2010 that caused widespread disruption and delayed Iran’s nuclear programme for several years.

Iran’s nuclear chief, Ali Akbar Salehi, urged the international community and the International Atomic Energy Agency (IAEA) to take action against the perpetrators of the attack. He confirmed that a “terrorist attack” had damaged the electricity grid of the Natanz site. The IAEA said it was aware of the reports but declined to comment further.