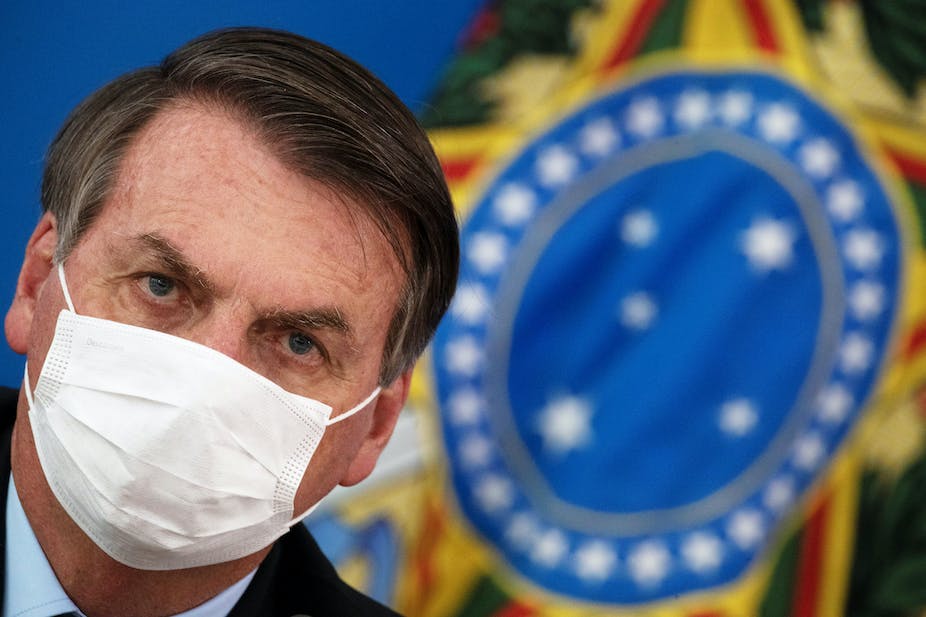 Spurred on by the mishandling and unhinged bravado of President Jair Bolsonaro, Brazil’s latest COVID surge threatens to sweep the country into first place among the world’s most deadly coronavirus outbreaks.

Desperate medical professionals and local officials who are battling to counteract Bolsonaro’s antipathy to facemasks, lockdowns and—until recently—vaccines told The Daily Beast that the virus is now completely out of control and they fear the death toll will continue to explode.

“The situation is desperate,” Dr. Gerson Salvador, who works in the emergency room of a São Paulo hospital, told The Daily Beast. “And what has gotten us here is the attitude of the president.”

This week, Brazil surpassed 4,000 deaths in a single day for the first time since the pandemic began more than a year ago—and experts warn the worst may be yet to come. Across the country, cemeteries are running out of space and some cities have opened up mass graves. In São Paulo, authorities say they plan to bury victims in drawer-like “vertical graves.”

Bolsonaro—who claimed COVID was just a “little flu” early in the pandemic—has fought against isolation measures, arguing they only damage the economy. His catastrophic handling of the crisis has dealt a blow to his approval ratings and left him politically weakened. But in a country where millions toil in the informal sector—working as cleaners, taxi drivers or fruit sellers—his message has still resonated with many frustrated workers.

Still, mayors and governors have defied Bolsonaro, attempting to put in place some restrictions in a bid to slow infections. In the lead up to Easter, cities like Rio de Janeiro imposed partial lockdowns that shuttered bars, restaurants and beaches.

But such measures remain a hard sell to many Brazilians. Faced with pressure from a frustrated electorate and a flailing economy, authorities in a number of states—including Ceará and Santa Catarina—are set to ease them in the coming days.

In Rio de Janeiro, mayor Eduardo Paes reopened schools across the city this week, following a bitter court battle with rivals who were fighting to keep the closure in place. A partial lockdown on businesses in the city is also being lifted on Friday.

With a lack of national strategy and a premature reopening of many cities, the catastrophe is only bound to deepen, said Dr. Paulo Pinheiro, a Rio de Janeiro councillor with the leftist PSOL party and a member of the city’s health commission.

“What we have today is each municipality and each state dealing with the crisis in their own way,” Pinheiro told The Daily Beast. “There is no way it can work. And the picture is terrifying, with no better prospect ahead.”

In a packed hospital in São Paulo, Dr. Vanessa Dinis sees a relentless stream of patients infected with COVID-19. Whenever a critical care bed frees up in the emergency room where she works, it’s quickly filled by another patient struggling to breathe.

“It’s by far the worst situation we’ve experienced,” Dinis told The Daily Beast during a shift at one of the three São Paulo hospitals where she works. “We’re seeing whole families admitted to critical care.”

Dinis is among the thousands of health-care workers fighting on the front lines of the COVID-19 pandemic in Brazil, where the crisis has spiraled out of control in recent weeks. The virus has so far claimed 341,000 lives and infected more than 13 million Brazilians, in what is fast becoming the world’s worst outbreak.

The country is now on track to overtake the U.S. record for the weekly average of deaths set in January (3,285), according to the Institute for Health Metrics and Evaluation at the University of Washington.

Infections in Brazil have exploded partially due to a highly infectious variant, which was first detected in the Amazon city of Manaus earlier this year and has since swept through the country with lighting speed in the absence of social distancing measures.

Experts say the variant, known as P1, may be capable of dodging immunity, infecting even those who were already sickened by the virus. Increasingly, the profile of the patients rushed to emergency rooms is changing too, Dinis says, as COVID-19 infects younger Brazilians.

“Fathers who were vaccinated already or had a lighter case of COVID last year,” she said. “Now they’re seeing their sons hospitalized and intubated.”

The dramatic surge in cases across Brazil has overwhelmed the health-care system, pushing it into collapse in some regions. It has left hospitals scrambling for critical care beds, oxygen supplies, and crucial medications. In the São Paulo hospital where Salvador works, patients are being attended in every spare corner, including consultation offices and hallways.

“Over the last few weeks, we haven’t had beds to hospitalize people,” Salvador told The Daily Beast. “We had to put patients, even ones in serious condition, in improvised spaces as they waited for an ICU bed.”

ICU capacity is at above 90 percent in 21 state capitals across the country, including Belo Horizonte, Porto Alegre and Porto Velho. In the federal district of Brasília, hospitals have run out of critical care beds completely. In Rio de Janeiro state, more than 600 people are waiting in line for ICU care—a waitlist that is three times the state’s total capacity.

In Vitória, a coastal city in Espírito Santo state, Dr. João Ferraz said the hospitals where he works are struggling to source drugs needed to intubate patients. Critical care beds are also hard to come by in Espirito Santo, where occupancy rates are at about 93 percent.

“It’s really crowded, it’s almost impossible to get a spot,” Ferraz said in an interview with The Daily Beast before heading into an overnight shift. “Sometimes in the morning there are no beds. Then in the afternoon a patient is discharged or someone dies. And these spaces are filled right away.”

In the hospitals where Dinis works, ICU bed capacity was boosted recently, alleviating some of the pressure on emergency rooms. But she says hospitals in São Paulo—the state with the highest number of cases—are now grappling with shortages of staff.

Doctors and nurses, meanwhile, are exhausted, Ferraz said. “We are completely drained. And without stronger restrictions or a vaccine, our hopes that we will see an improvement soon are really fading.”

WATCH: Adorable Baby Can’t Stop Giggling as he has his First Haircut in Adorable Video