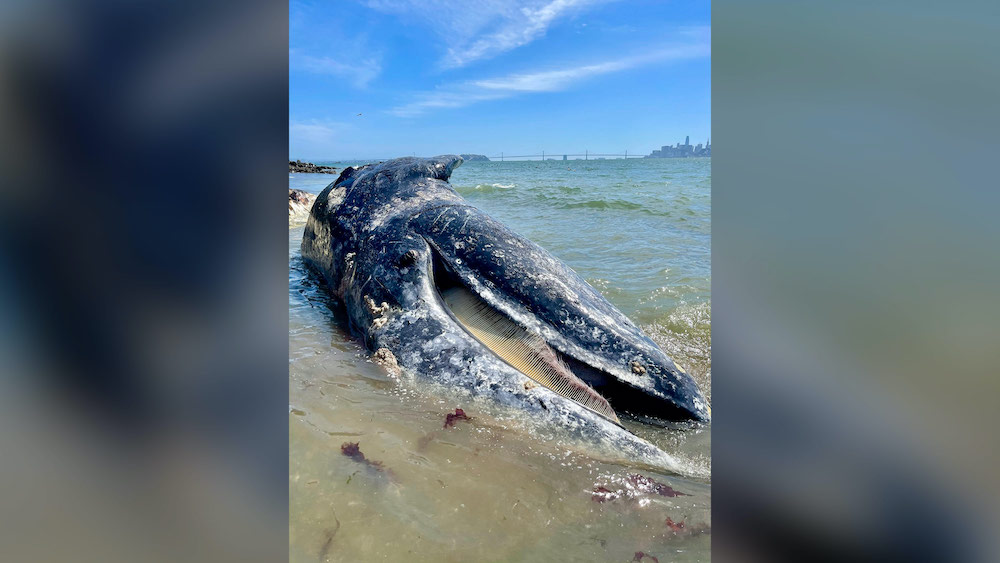 In the span of eight days, four gray whales were found dead in the San Francisco Bay area, their carcasses washed ashore on beaches and state parks.

Experts at the Marine Mammal Center, the world’s largest marine mammal hospital, said it’s the most gray-whale deaths they have seen in a short span since 2019, when the center performed 13 whale necropsies.

“It’s a lot of whales to have stranded in our small area within a week,” Pádraig Duignan, the center’s director of pathology, told The Washington Post. “We’ve had four whales come out of nowhere – no premonition or warning that this was on the way.”

Duignan said the center may have anticipated an elevated number of whale deaths in his area had many whales been found stranded ashore in Mexico or Southern California as they passed through those regions during the spring migration. There was no such warning, he said.

“If this particular trend continues, that would be extremely worrying,” he said.

Duignan said it was particularly unfortunate that the deaths included three female whales. “The breeding-age females are really the most important part of the demographic – it’s a shame when they die,” he said.