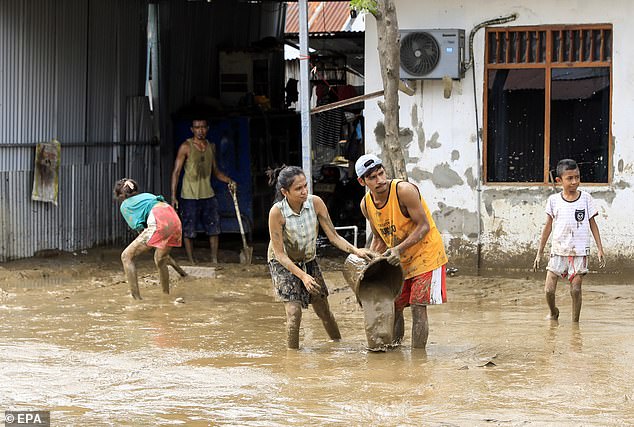 Mud tumbled down from surrounding hills onto dozens of homes in Lamenele village shortly after midnight on Sunday on Adonara island in East Nusa Tenggara province.

Flash flooding killed at least 30 people elsewhere and at least 70 are missing, according to the National Disaster Mitigation Agency.

Meanwhile, 21 deaths have been reported in East Timor.