A burnt-out three-storey house collapsed on the outskirts of the Thai capital Bangkok on Saturday, killing at least five people, media said and footage shared with Reuters showed.

The building caught fire on Saturday morning and was put out about an hour later, media reports said. The cause of the fire was unknown.

The video shared with Reuters showed the scorched, blackened building collapsing amid a cloud of smoke and concrete dust, missing a firefighter who was climbing a ladder on the perimeter wall to take a closer look and who just managed to escape the falling debris.

“I heard the sound of something breaking and the whole building came down within split seconds,” one firefighter who filmed and posted the video on his Facebook account told Reuters.

“The rescue team were told to leave the building because the structure looked weak,” he added.

At least five people were killed, including one resident and four rescue workers, media said.

The search for survivors was called off in the evening. 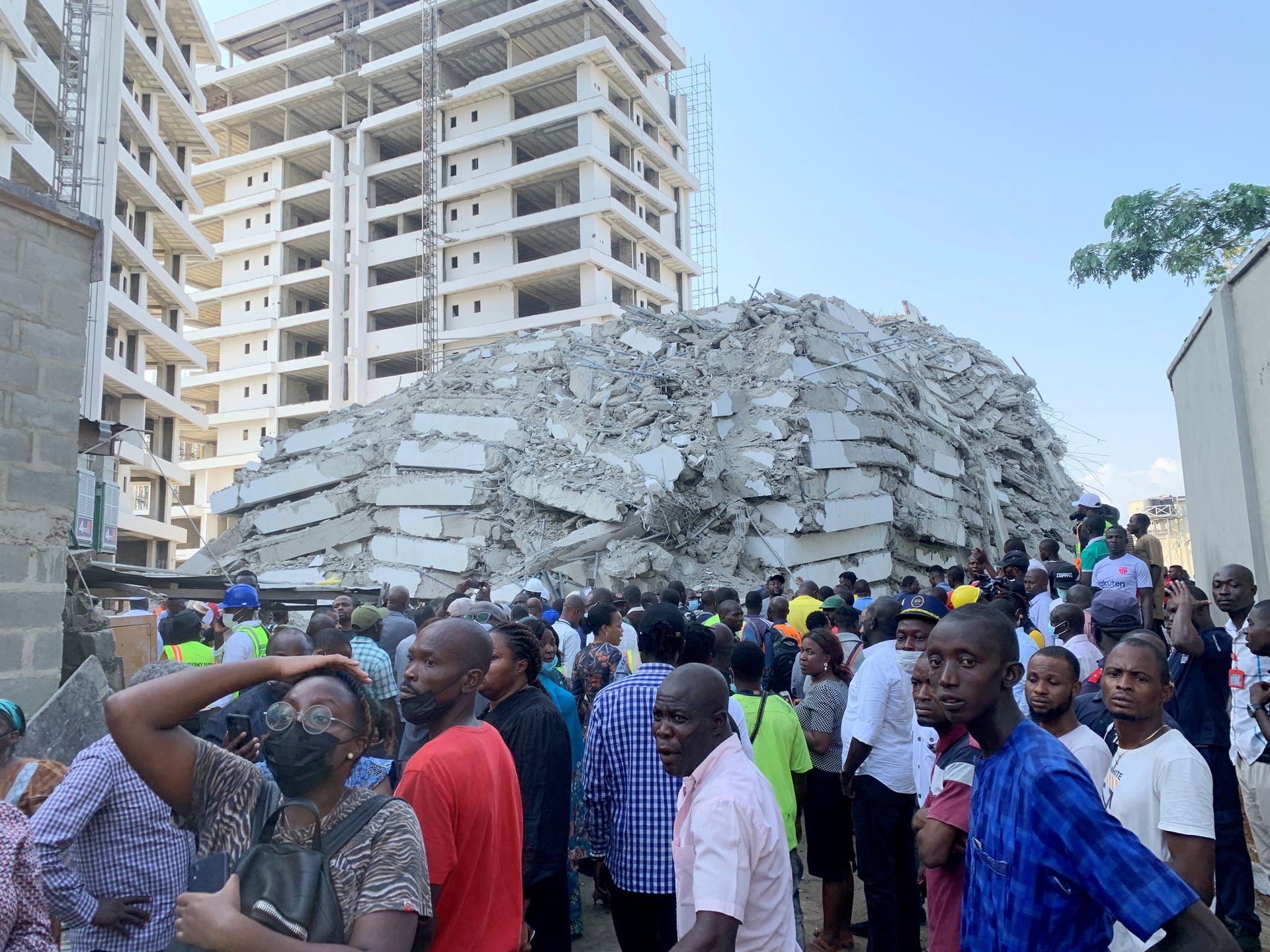