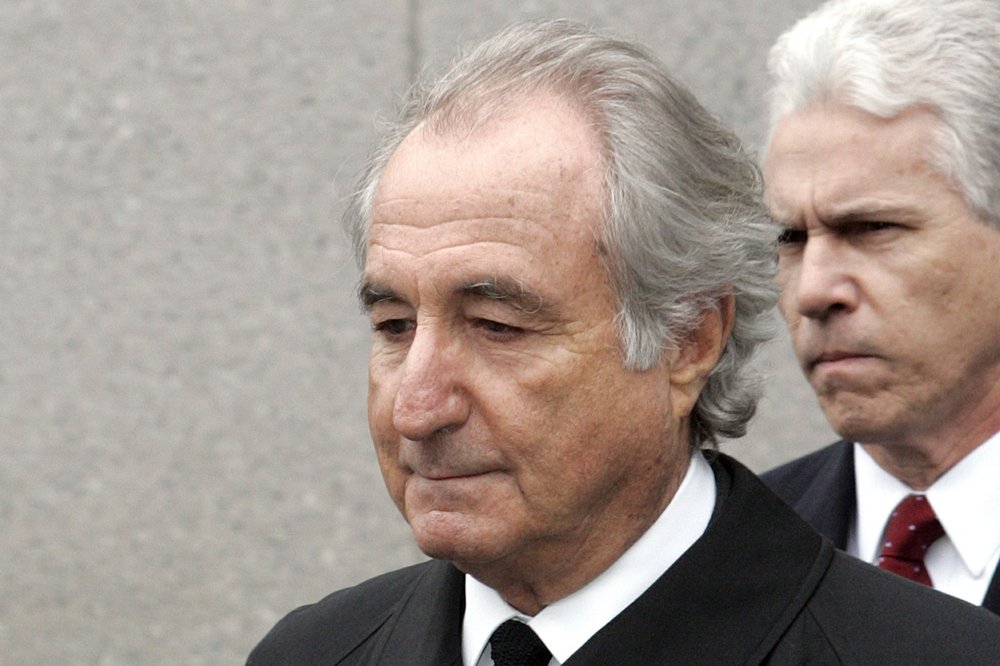 NEW YORK (AP) — Bernard Madoff, the infamous architect of an epic securities swindle that burned thousands of investors, outfoxed regulators and earned him a 150-year prison term, died behind bars early Wednesday. He was 82.

Madoff’s death at the Federal Medical Center in Butner, North Carolina, was confirmed by his lawyer and the Bureau of Prisons.

Last year, Madoff’s lawyers unsuccessfully asked a court to release him from prison during the coronavirus pandemic, saying he suffered from end-stage renal disease and other chronic medical conditions.

His death was due to natural causes, a person familiar with the matter told The Associated Press. The person was not authorized to speak publicly and spoke to the AP on the condition of anonymity.

For decades, Madoff enjoyed an image as a self-made financial guru whose Midas touch defied market fluctuations. A former chairman of the Nasdaq stock market, he attracted a devoted legion of investment clients — from Florida retirees to celebrities such as film director Steven Spielberg, actor Kevin Bacon and Hall of Fame pitcher Sandy Koufax.

But his investment advisory business was exposed in 2008 as a Ponzi scheme that wiped out people’s fortunes and ruined charities. He became so hated he wore a bulletproof vest to court.

Full Coverage: Bernie Madoff
The fraud was believed to be the largest in Wall Street’s history.

Over the years, court-appointed trustees laboring to unwind the scheme have recovered more than $14 billion of an estimated $17.5 billion investors put into Madoff’s business. At the time of Madoff’s arrest, fake account statements were telling clients they had holdings worth $60 billion.

Madoff pleaded guilty in March 2009 to securities fraud and other charges, saying he was “deeply sorry and ashamed.”

After several months living under house arrest at his $7 million Manhattan penthouse apartment, he was led off to jail in handcuffs to scattered applause from angry investors in the courtroom.

Madoff’s attorney in recent years, Brandon Sample, said in a statement that the financier had “lived with guilt and remorse for his crimes” up until his death.