The funeral procession for rapper DMX brought Brooklyn to a standstill Saturday as bikers escorted the monster truck carrying his casket to a memorial service at the Barclays Center, two weeks after he died of a heart attack.

A huge black monster truck emblazoned with ‘Long Live DMX’ brought the body of the late rapper and New York native from his home town of Yonkers to the arena in Brooklyn, New York City, Saturday afternoon, where a large crowd of fans had gathered.

The arena was closed to the public and restricted to only close friends and family due to pandemic conditions.

The ceremony, which was being livestreamed on DMX’s YouTube channel, began more than two hours late.

The vehicle was flanked by members of the Ruff Ryders rap label as well as hundreds of motorbikes, with DMX’s shiny bright red coffin visible in the open air of the truck’s trailer.

The American rapper and actor Earl Simmons, known by his stage name DMX or Dark Man X, died on April 9 at the age of 50.

He suffered a heart attack a week earlier at his home in White Plains, New York, after an apparent drug overdose.

The procession began at around midday in the Yonkers area of New York where DMX spent his childhood from the age of five in the School Street Projects, before rising to global stardom.

The ride was dubbed The Ruff Ryders 2 The Rescue: Ryde 4 Life in a nod to the Ruff Ryders rap label which first became famous for managing DMX. The rapper also had a song called Ruff Ryders Anthem, which shot back up the charts following his death.

‘Temporary closures south on the Major Deegan to the Robert F. Kennedy Bridge to the westbound Grand Central Parkway,’ the NYPD tweeted.

Footage on social media showed the roaring truck pulling up to the arena just after 2pm where the life of the hip-hop legend was honored in a memorial service this afternoon.

A huge crowd of fans had gathered at the arena to pay their respects to the late rapper.

It featured an image of the rapper with wings along with the lyrics of his hit song Fame: ‘We each have a star, all we have to do is find it. Once you do, everyone who sees it will be blinded.’

Members of the Nation of Islam were also seen gathering outside the center ahead of the start of the service.

While the Barclays Center seats up to 19,000 seats for concerts and as the home of the Brooklyn Nets basketball team, it is currently only allowed to function at 10 percent capacity due to the pandemic.

As a result, the memorial service will be closed to the public, with only the rapper’s family and friends able to attend but it will be streamed live on DMX’s YouTube account at 4pm ET.

‘Attendance to both the Celebration of Life memorial and the Home-going Celebration will be restricted to solely due to health and safety guidelines,’ a statement about the funeral services read at the time of their announcement.

A second event will be broadcast live on BET Sunday at 2:30 pm ET from an undisclosed church in the New York City area.

His chart-topping songs included ‘Party Up (Up in Here)’ and ‘X Gon’ Give It To Ya.’ The Yonkers, New York native’s career had been marked by legal troubles and prison time, and a well-publicized struggle with drug addiction.

The rap icon died April 9 in White Plains Hospital with his family by his side, after he had spent a week fighting for his life in hospital following a heart attack.

His family confirmed the news in a statement saying: ‘We are deeply saddened to announce today that our loved one, DMX, birth name of Earl Simmons, passed away at 50 years old at White Plains Hospital with his family by his side after being placed on life support for the past few days.’

‘Earl was a warrior who fought till the very end. He loved his family with all of his heart and we cherish the times we spent with him,’ the statement, shared via People, continued.

‘Earl’s music inspired countless fans across the world and his iconic legacy will live on forever.’

DMX had a heart attack at his home in White Plains on April 2.

Sources told TMZ that the star had suffered a drug overdose but his representatives are yet to confirm this.

In the days that followed, the rapper was said to have been placed on life support and was ‘in a vegetative state.’

It was then reported that his vital organs had failed, that he had ‘not regained any brain function’ and that his condition had not improved since he was admitted to hospital.

Fans and members of the Ruff Riders group gathered for days outside the hospital, holding prayer vigils for the star and playing his music. He leaves behind 15 children.

Tributes poured in from the entertainment world following news of his death, with Missy Elliott tweeting: ‘Even though you had battles you TOUCHED so many through your MUSIC and when you would PRAY so many people FELT THAT!’

She added: ‘This is heavy for the HipHop family but your LEGACY LIVES ON & your SPIRIT. Continued Prayers for X family & friends for STRENGTH/HEALING.’

Rapper Eve, who was mentored by DMX, posted a heartfelt tribute to Instagram on Friday saying: ‘I know that you are in the place of peace you deserve. I will be forever grateful to have known you.’

‘You were one of the most special people I have ever met. Full of humour, talent, wisdom and love and most of all loyalty. This world has lost a REAL ONE but the heavens have gained an ANGEL. May you Rest.’

Meanwhile his longtime label Def Jam said in a statement Friday: ‘Def Jam Recordings and the extended Def Jam family of artists, executives and employees are deeply and profoundly saddened by the loss of our brother Earl ‘DMX’ Simmons.

‘DMX was a brilliant artist and an inspiration to millions around the world. His message of triumph over struggle, his search for the light out of darkness, his pursuit of truth and grace brought us closer to our own humanity.’

The statement concluded: ‘Our thoughts and prayers are with his family and all those who loved him and were touched by him. DMX was nothing less than a giant. His legend will live on forever.’

DMX is considered one of the biggest artists of the 90s and early 2000s rap era. His rap career had an impressive start, with his debut album in 1998 ‘It’s Dark and Hell is Hot,’ listed as number one on the Billboard 200 chart in the United States and selling more than five million copies. 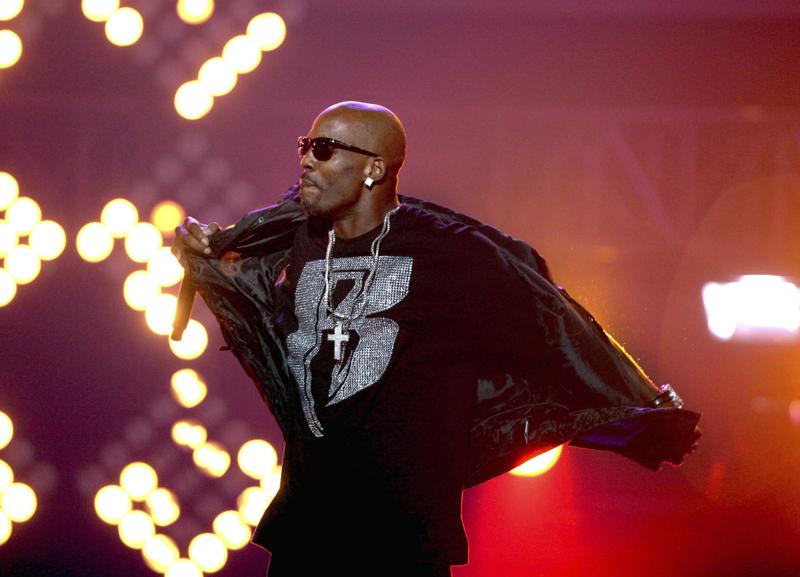 Tyler Perry, who is doing his part to help people during the coronavirus plague pandemic, asks churches: ‘What good are you if you are...