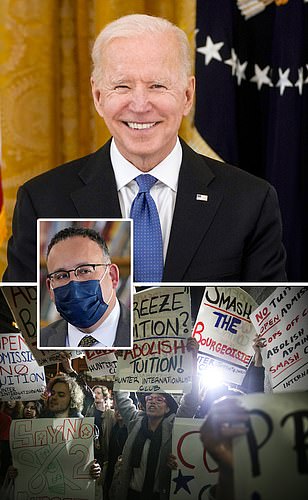 President Joe Biden’s Secretary of Education is looking into whether the president can cancel up to $50,000 in student loan debt per borrower with the wave of his pen. White House Chief of Staff Ron Klain said at a Politico Playbook event Thursday that Biden had asked Education Secretary Miguel Cardona to figure out if the president had legal authority to make the move and write the president a report. On the campaign trail he said he wanted to wipe away $10,000 per borrower, but prominent Democrats, including Senate Majority Leader Chuck Schumer, Sen. Elizabeth Warren and Rep. Alexandria Ocasio-Cortez have pressed him to pursue $50,000 in debt relief per student.