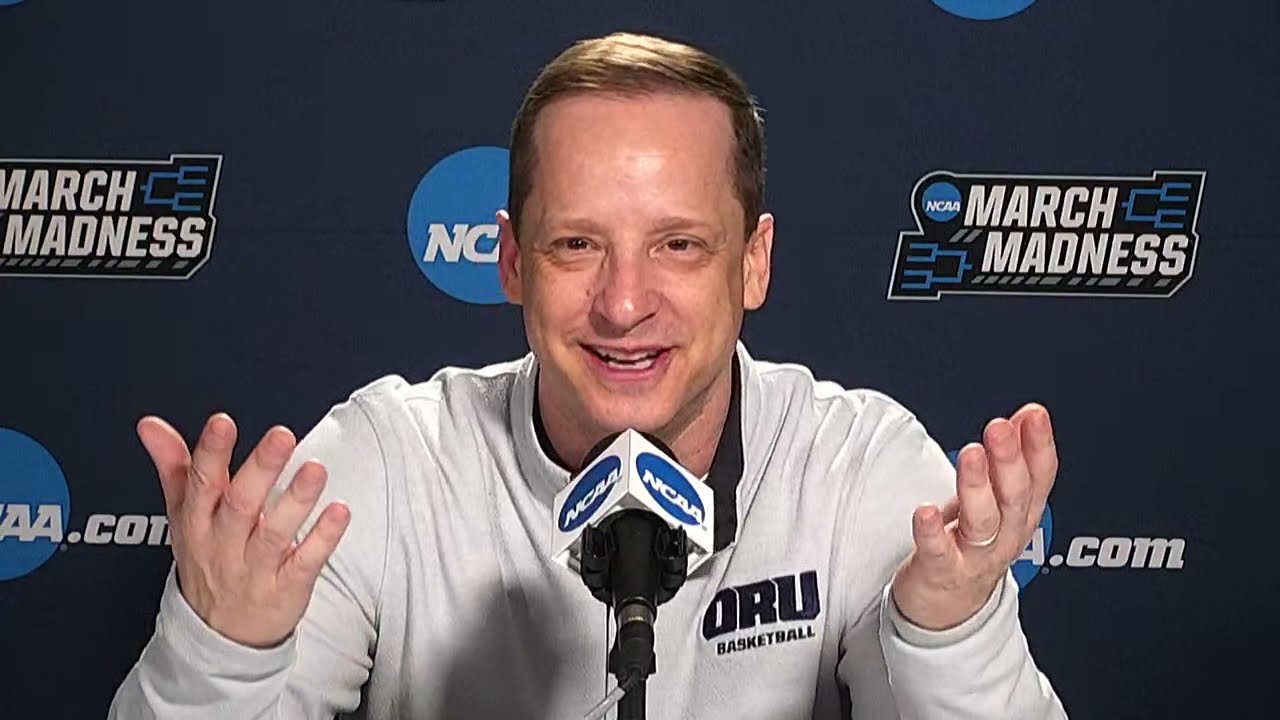 Oral Roberts University’s Golden Eagles prepare to head into the men’s basketball team’s biggest game in 47 years tonight as the charismatic school, the tournament’s No. 15 seed, meets No. 3 seed Arkansas in the NCAA’s Sweet 16 tournament. Tipoff is set for 7:25 p.m. But head coach Paul Mills has no allusions about the importance of the game or the tournament, and he used a recent press conference to make the name above all names known. (Watch the entire press conference with ORU forward Kevin Obanor and Mills here; Mills’ comments begin at 13:14.)

The Golden Eagles continue their sixth all-time appearance at the NCAAs and first since 2008, seeking to be the first-ever ORU team to advance to the Elite Eight. The miracle team has already blown past higher-seeds Ohio State (No. 2) and Florida (No. 7) in its March Madness path. The Golden Eagles and Razorbacks last met in December 2020 in an 87-76 Arkansas win; ORU is praying into its own victory tonight.

And Mills showed no hesitation in using the media spotlight to put the tournament—which has brought ORU national media attention as well as controversy—in perspective. He also took the opportunity to share the Gospel. “We need to use our God-given abilities for God-given reasons. In a hundred years, none of us will be here. And what our guys need to understand is we’re really not that important. And you need to know that,” he said.

“One hundred twenty million people gather every Sunday and 180 million on Easter gather to celebrate one name, and that is the Name of Jesus Christ. And to be at an institution that honors that—’There is no other name under heaven and earth which men must be saved’—to be at an institution that honors that, and we can give them something to celebrate. At the same time, we’re not that important, and our guys need to understand that,” Mills added. “By the same token, we are so thankful for the support and the people. But we want to do this the right way.”

Carol Round on Developing Bold Hope During Trying Times