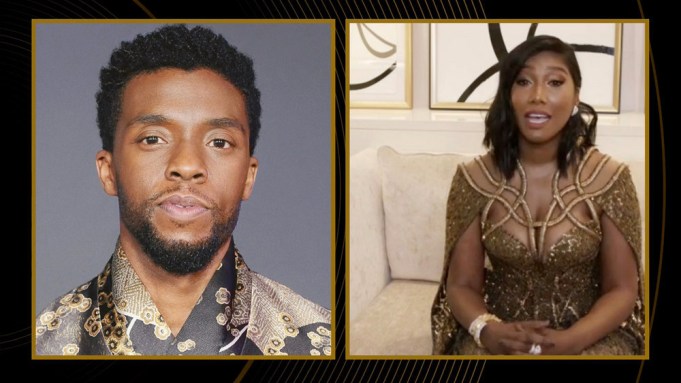 Chadwick Boseman picked up the best actor in a motion picture-drama prize for his performance as a talented jazz musician in “Ma Rainey’s Black Bottom” at the Golden Globe Awards on Sunday, becoming only the second posthumous winner in the category’s history. His wife, Simone Ledward Boseman, gave an emotional acceptance speech on the late actor’s behalf.

Boseman died on August 18, 2020, of cancer at the age of 43. His death at such a young age shocked Hollywood, coming as the actor had summited the A-list with his performance in the Marvel box office smash “Black Panther.”