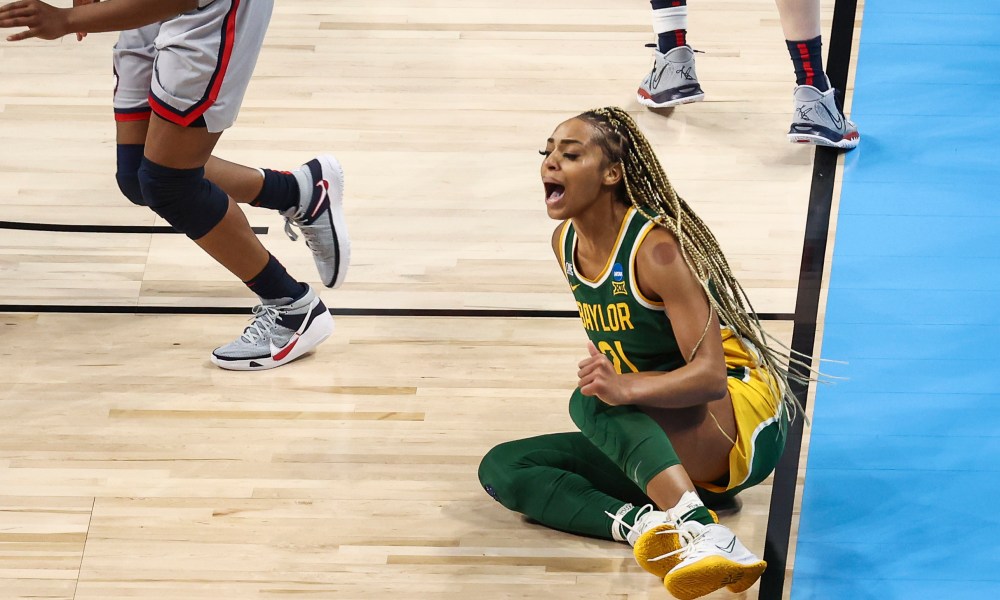 The UConn women’s basketball team is going back to the Final Four for the 13th straight time after beating defending-champion Baylor, 69-67, on Monday night in San Antonio.

But there was a bit of controversy in the final seconds of what was a great battle between two unbelievable programs.

The game came down to the wire and Baylor had the ball down one point in the final seconds after UConn missed two free throws. The Bears, however, didn’t have the best possession in the world and saw their hopes basically come to an end when Dijonai Carrington’s short jumper didn’t make it to the rim.

It didn’t make it to the rim, though, because it sure looked like she was fouled.

That sure looked like an arm in the face and elbow there that should have been called.