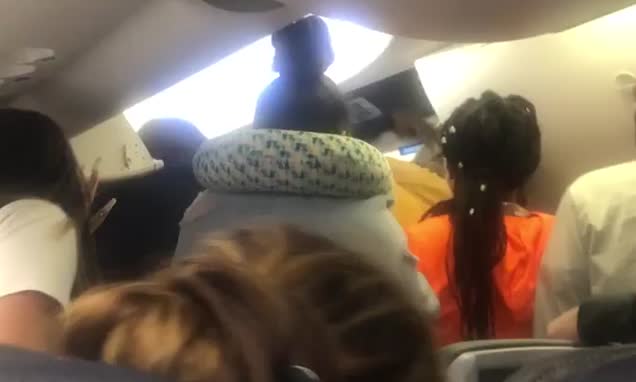 Two American Airlines passengers got into a squabble that turned physical over who would deplane from their flight that had just landed in Phoenix, Arizona. Clips showed the quick aftermath of the physical altercation that took place as the plane sat in Phoenix Sky Harbor International Airport after the brief flight from Los Angeles International Airport on Sunday. Multiple people who shared videos noted that they almost missed their connecting flight while waiting for the commotion to settle. One woman on Twitter even admitted to having an ‘anxiety attack after witnessing this.’ In one clip, passengers on the plane can be heard asking why one woman is fighting with another person. An occasional shove and push can be seen as people try to separate the group.

THERE IS A DEVIL LOOSE: POLICE SAY, THE FATAL SHOOTING OF 81-YEAR-OLD PASTOR DONALD WOOLRIDGE OF UNION BAPTIST CHURCH IN FLORENCE, ARIZONA, IS UNDER...