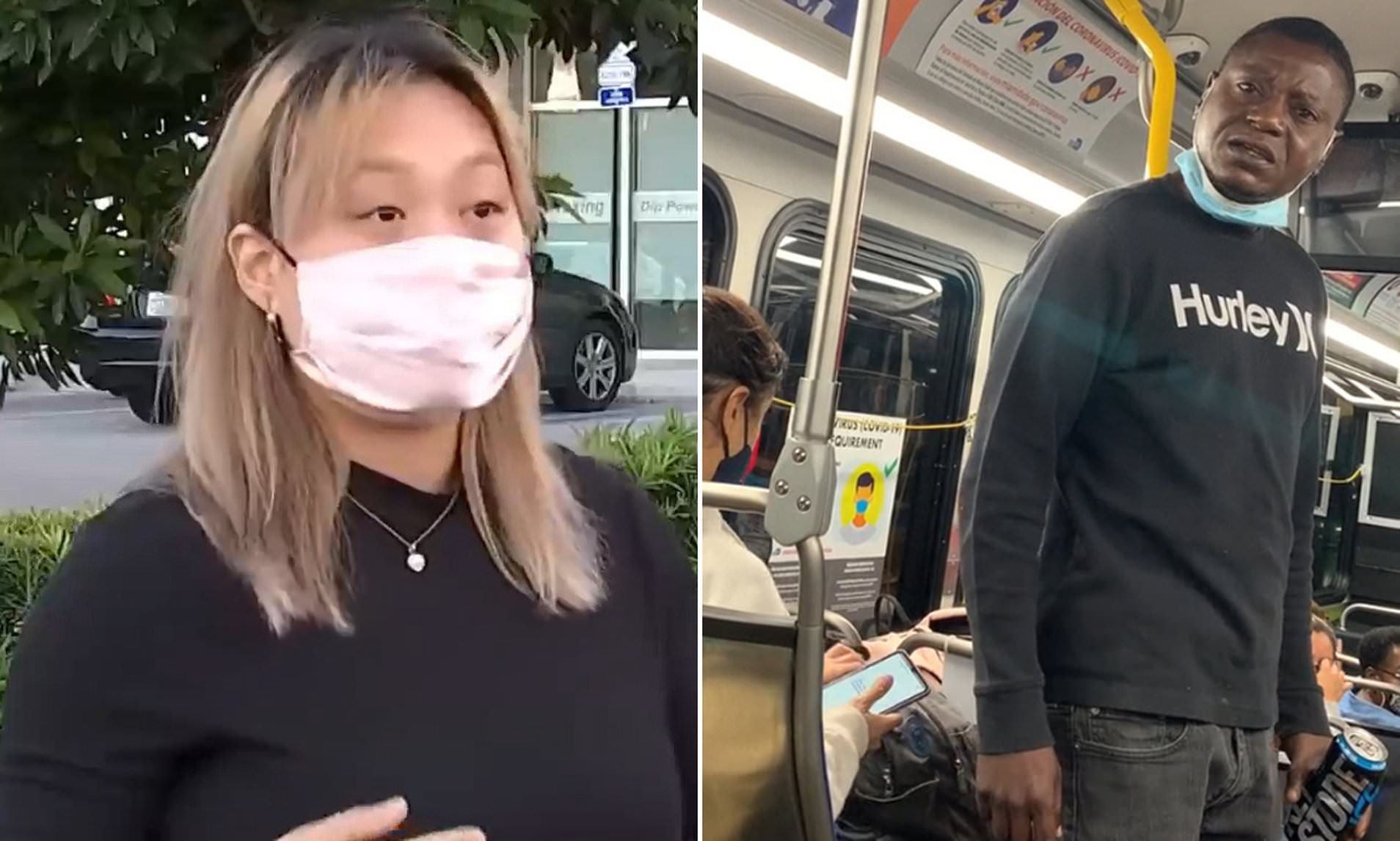 The victim, who has only identified herself as Lai, recorded a portion of the incident as it occurred in Miami on March 9.

On the evening of March 9, a man and woman riding a Miami-Dade Transit bus were having a conversation without wearing masks.

That made Lai, a Miami resident of Chinese descent, uncomfortable. She waited several minutes, not wanting to interrupt their conversation. Then she asked them politely to please cover their faces. The woman, who had a bandanna around her neck, refused and said she couldn’t breathe with a mask on.

“I justified it by saying, ‘Ma’am, I’ve been working about six hours and wore my mask all day, and I think we have to be courteous to one another,'” Lai tells New Times. “My dad is 76, and I can’t afford to bring COVID home.”

The two conversing passengers, a white woman and a Black man, still refused to put their masks on. So Lai, who asked New Times that only her first name be published because she fears the recent wave of anti-Asian sentiment, asked the driver to enforce the rule. That’s when things took a turn.

“The man started calling me a ‘chink’ and a ‘gook’ and all these racial slurs that I haven’t heard in a very long time,” she says.

In shock, Lai grabbed her phone to record the incident, fearing it might turn physical.

As the video starts, the man, who was wearing a disposable mask around his chin, said he had no problem with what Lai was saying but was upset that she was recording him.

He then walked toward the bus driver and asked to be dropped off at the next stop. He said something unintelligible, and then Lai told him, “Maybe you don’t need to be racist to me.”

“I don’t care about you peoples, man. Go to hell, dog. This America, Jap,” he continued.

When Lai responded that she is American, the man continued to berate her and gave the camera a middle finger.

The insults continued. Before getting off the bus, he told her: “Fuck your culture.”

During the nearly three-minute exchange, none of the other passengers intervened or spoke up. Lai says she heard one person laugh.

Afterward, Lai reported the incident to Miami-Dade Transit and to the Miami-Dade State Attorney’s Office. She says a prosecutor told her the incident wasn’t a hate crime because no crime was committed under the law.

“No physical violence occurred,” Lai says. “I’m glad and lucky that it was only verbal harassment because a lot of things have happened to more vulnerable people.”

A spokesperson from the State Attorney’s Office told New Times that while Florida law allows prosecutors to add enhanced penalties for crimes that involve discrimination, the state does not have standalone charges for hate crimes.

Miami-Dade Transit says it has reviewed the video footage from the bus and is conducting an internal investigation, which may include re-training for the bus driver.

“The safety and wellbeing of our passengers and employees is our number one priority. We regret any of our passengers having had a negative experience while on our system,” the transit department said in a statement. (Transit’s full statement can be found at the bottom of this post.)