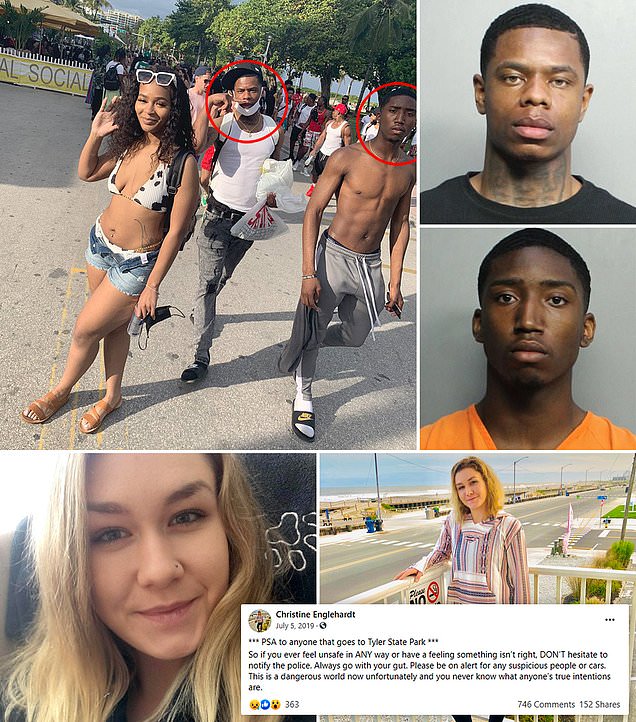 Evoire Collier, 21, and Dorian Taylor, 24, have both been charged in the sexual assault and drugging of Christine Englehardt. She was found dead in a hotel room in Miami on Thursday morning, hours after being filmed on surveillance cameras entering the hotel with the two men. On Friday, the two men were spotted shamelessly walking the streets and photobombing another woman. The woman uploaded the photograph to Twitter after reading that the pair had been charged. ‘Oh nothing just out in Miami getting photo-bombed by rapist murderers Woozy face,’ the woman, calling herself D, said.