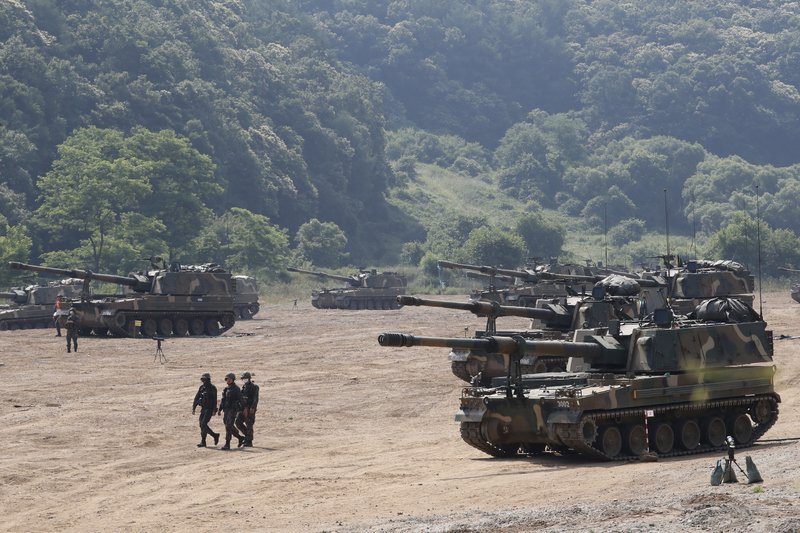 SEOUL, South Korea (AP) — The South Korean and U.S. militaries are scaling back their annual exercises this month due to the COVID-19 pandemic and to support diplomacy focusing on North Korea’s nuclear program, officials said Sunday.

Seoul’s Joint Chiefs of Staff said in a statement that the allies decided to start the nine-day drills on Monday after reviewing factors like the status of the pandemic and diplomatic efforts to achieve denuclearization and peace on the Korean Peninsula.

It said the drills are defensive in nature and are mostly tabletop exercises and simulations that won’t involve field training.

Last year, the allies canceled their springtime drills after some of their troops were infected with the coronavirus. In recent years, the countries have also suspended or downsized many of their regular training to create more space for the now-stalled U.S.-led diplomatic drive to convince North Korea to denuclearize in return for economic and political incentives.

U.S.-South Korea drills have been a major source of animosities on the peninsula, with North Korea viewing them as invasion rehearsals and responding with its own weapons tests. In January, North Korean leader Kim Jong Un urged the U.S. to withdraw its hostile policy and South Korea to end drills with the U.S., warning the fate of their relations with North Korea depends on how they behave.

Some experts have said Kim may resume high-profile missile tests and raise tensions if he feels provoked by the upcoming drills, one of the two major military exercises between Seoul and Washington along with their summertime training.

The nuclear negotiations have been stalled for about two years since a February 2019 summit between Kim and then President Donald Trump collapsed due to wrangling over U.S.-led sanctions on North Korea. The government of South Korean President Moon Jae-in, which facilitated the early part of the U.S.-North Korea talks, has been calling for the diplomacy’s restart and greater inter-Korean ties.

A South Korean Joint Chiefs of Staff officer said that Seoul and Washington decided to “minimize” the number of troops participating in this month’s drills because of the pandemic.

The officer, who requested anonymity citing a department rule, said the allies have been staging field exercises throughout the year to maintain their readiness, rather than holding them intensively in certain periods, in an apparent reference to the spring and summer drills.