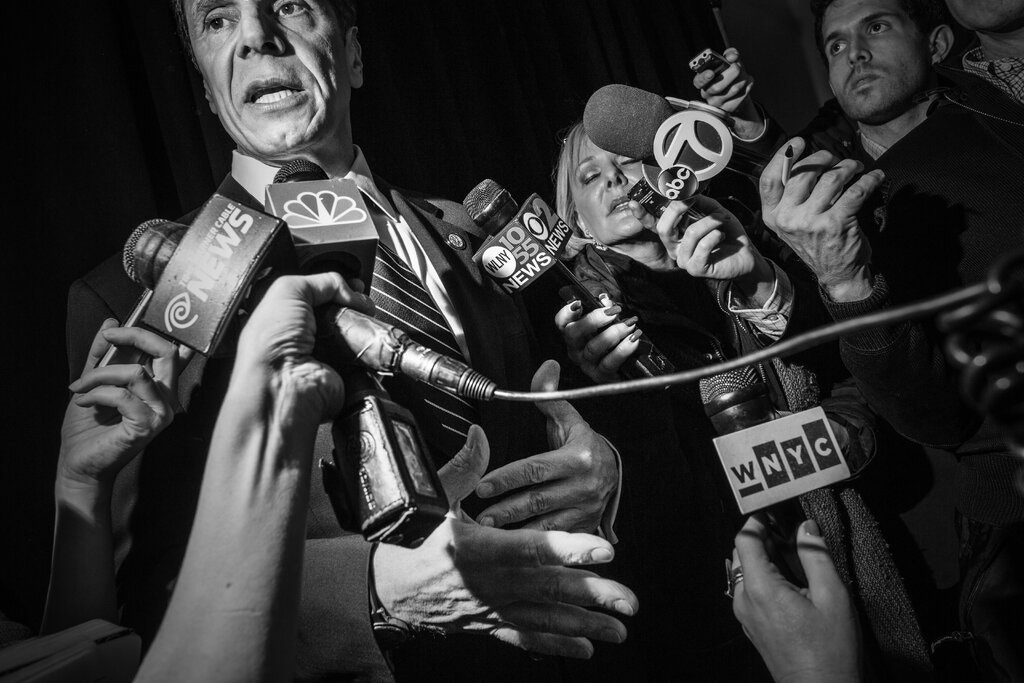 WASHINGTON — First, he married a Kennedy. Then he behaved like one.

Like his idol Bill Clinton — he still cherishes the cigar humidor Clinton gave him — Gov. Andrew Cuomo did not seem to realize times had changed.

Back in 1998, when the story broke about the affair with Monica Lewinsky, Clinton aides whined to reporters that they should read biographies of President Kennedy. J.F.K. did stuff like that all the time, they said. So did F.D.R.! Yes, reporters explained, but that was then.

Clinton thought he could survive the scandal by hiding behind his circle of accomplished women, who filed before the cameras to repeat the president’s cowardly denials about “that woman.”

He believed that his progressive actions for women would be a shield against his retrogressive behavior.

It was a form of blackmail: Let me be a lech in the back room and I’ll give you feminist policies in the Cabinet Room.

As I wrote about Clinton, and I’ll say again about Cuomo, the power differential between a young aide or intern and a much older boss always makes things dicey. Throw in the fact that it’s a president or governor we’re talking about, and it’s most certainly an abuse of power.

In an ideal world, women would channel Barbara Stanwyck and snappily put the boss in his place. But this is a world where women had to stifle their inner blech for centuries for economic security. When your boss transgresses, your response could very well determine whether you keep your job, get the best assignments, or pay next month’s rent.

Charlotte Bennett, 25, the former aide to Cuomo who has accused him of inappropriate conversation — asking whether she had trouble with intimacy after surviving sexual assault, saying how lonely he was during Covid and how he would date women over 22 — said she thought he was hitting on her.

“People put the onus on the woman to shut that conversation down,’’ she told Norah O’Donnell, “and by answering, I was somehow engaging in that and enabling it when, in fact, I was just terrified. It didn’t feel like I had a choice. He’s everyone’s boss.”

Now, some Democrats are feeling regret over forcing out Al Franken, and for all those statements by prominent Democrats about how we must start with the presumption that women are telling the truth — an absurd standard. They must be heard, but not automatically believed. (Although Cuomo has apologized for making “people feel uncomfortable.”)

In the first flush of #MeToo, Matt Damon was ripped to shreds for even suggesting that there could be gradations of transgressive behavior. But not everyone is Harvey Weinstein.

Republicans simply deny it and hoist harassers to victory. Donald Trump’s assaults and antediluvian behavior toward women? No problem.

Many older Democrats have what one calls “virtue exhaustion.” (Several women, bearing harassment battle scars themselves, privately dismissed Cuomo’s accusers to me as “snowflakes.”)