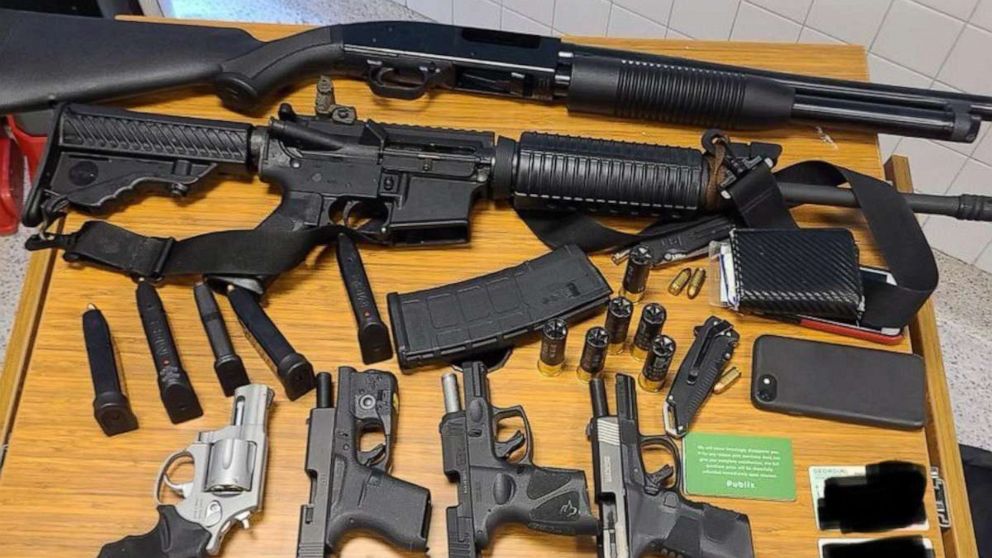 Two days after 10 people were murdered at a grocery store in Colorado, a man was arrested at an Atlanta supermarket with a semiautomatic rifle, a shotgun and four handguns. The man also was wearing body armor and had a cache of ammunition, according to police.

Atlanta police identified the suspect as Rico Marley, 22, and said he’d been charged with reckless conduct.

The incident happened at about 1:30 p.m. when a witness saw Marley allegedly enter the Publix grocery store’s bathroom with a cache of weaponry. The individual called police and the suspect was arrested when he left the bathroom, law enforcement said.

No shots were fired and no one was injured in the incident.