The lawyer for the family of Ariel Young, the 5-year-old girl who was severely injured when former Kansas City Chiefs outside linebackers coach Britt Reid struck two of the family’s cars on the highway, is speaking out about the horrific crash.

Family attorney Tom Porto appeared on “Good Morning America” Tuesday to share an update about Ariel, and about the family’s next moves in the forthcoming legal proceedings.

Vehicle Ariel was in was ‘flattened’

The crash, which happened in early February, took place near the entrance of the highway near the Chiefs’ facility in Kansas City. Ariel’s mom and sister drove out to help a family member who had run out of gas, bringing Ariel and her 4-year-old sister along. Whey they arrived, they pulled over near the stopped car.

According to a police report obtained by ABC News, Reid’s pickup truck was driving at “highway speed” when it struck the car that Ariel was in. Photos obtained by ABC News show that the back of that car was completely crushed — “Good Morning America” described it as “flattened.” Ariel was the only one who sustained life-threatening injuries.

Ariel was in a coma for over a week following the crash. She woke up from the coma on Feb. 15, but is still struggling with her injuries — and likely will for the rest of her life.

“She’s awake, which is a huge development,” Porto said during the interview. “She likely has permanent brain damage that she will endure for the rest of her life. She’s not walking — it’s a sad, sad, sad story.”

Family will seek ‘most serious charges’ for Reid

Reid, the son of Chiefs head coach Andy Reid, admitted to police on the scene that he’d had two to three alcoholic drinks that night before getting behind the wheel. Officers noticed “a moderate odor of alcoholic beverages emanating from [Reid],” according to the police report obtained by ABC News.

“We’re going to be advocating for the most serious charges and the most serious sentence that Britt could ever receive,” Porto said. “We don’t have the toxicology back, I don’t know what it is going to be. What I do know are the statements that he made to police that night. If you have two or three drinks, and then you get behind the wheel of a car, you are likely over the legal limit.”

Charges in the case have not yet been filed as the investigation is still ongoing.

Reid served five months in prison over a road rage incident in 2007, in which he pointed a gun at another motorist while being in possession of a controlled substance. In a separate incident in 2007, Reid pleaded guilty to driving under the influence. 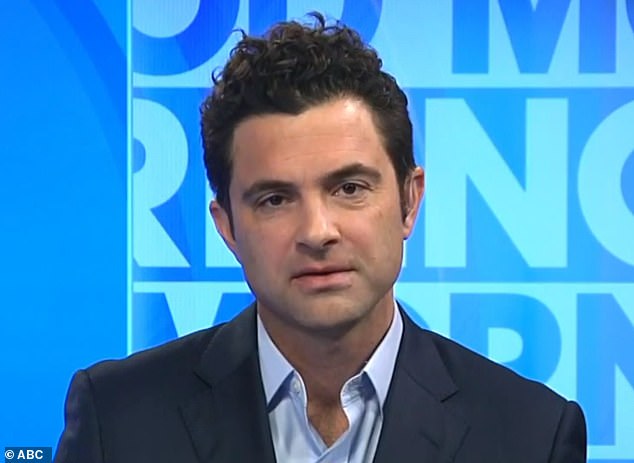