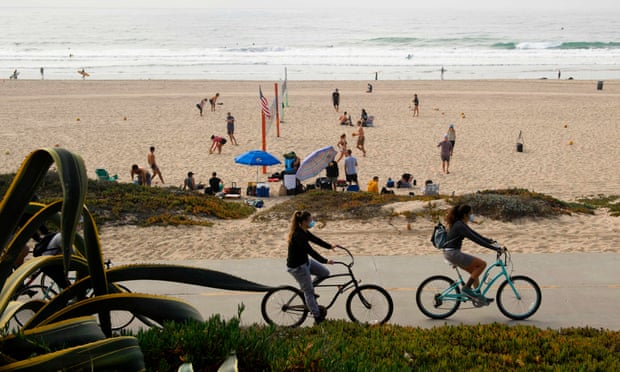 Los Angeles county officials may return a beachfront property that was seized from a Black family nearly a century ago.

Manhattan Beach used eminent domain in 1924 to force Willa and Charles Bruce, the city’s first Black landowners, off the land where they lived, KABC-TV reported on Friday. The Bruces also ran a resort for Black families during a time when beaches in the strand were segregated.

Part of the land was developed into a city park. It is now owned by Los Angeles county and houses lifeguard headquarters and a training center.

County supervisor Janice Hahn said she was exploring options to restore justice for the family, including giving the land back, paying for what they lost or leasing the property from them so the lifeguard building can remain at the location.