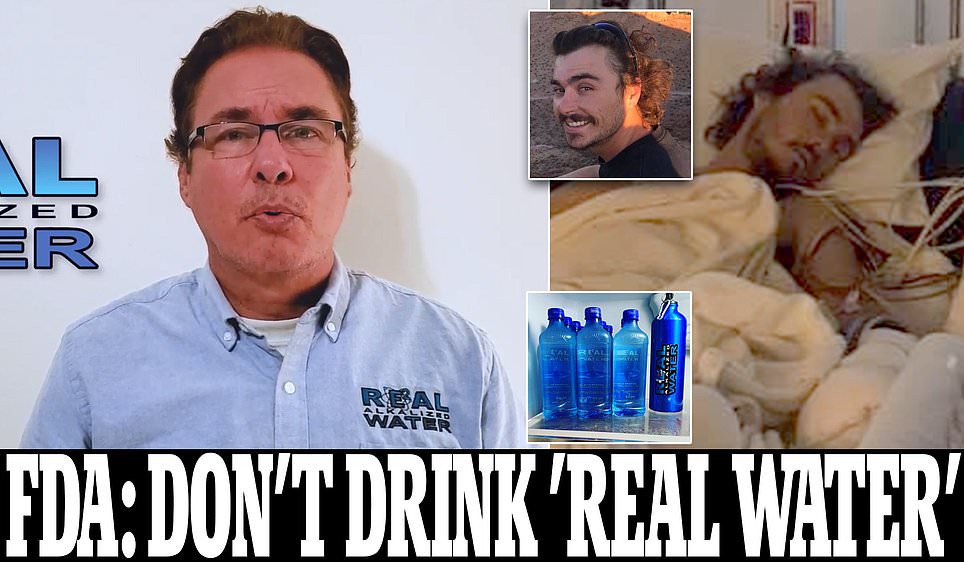 Brent Jones released a video Tuesday (pictured left) to ‘personally apologize’ to customers after Real Water was potentially tied to several cases of liver illness in in Nevada. The FDA said Friday it had been alerted to five cases of acute non-viral hepatitis in infants and children in November 2020. The ‘only common link’ was found to be the ‘alkaline water products’. The agency launched an investigation and warned that people should not drink, cook with, sell, or serve Real Water and Jones announced he was pulling the brand from the shelves of retailers and issued a voluntary recall to customers nationwide. Since then, at least four lawsuits have been filed in Clark County District Court from consumers who said they fell ill after drinking the product including one man who says he suffered liver failure and was flown to hospital (seen right in hospital) for a transplant after drinking the water.

LISTEN: Brent Jones’ Classic Easter Song “He Rose” Is One of the Top Selling Easter Songs of All-Time

Losing Energy? You Might Not Be Drinking the Right Kind of Water