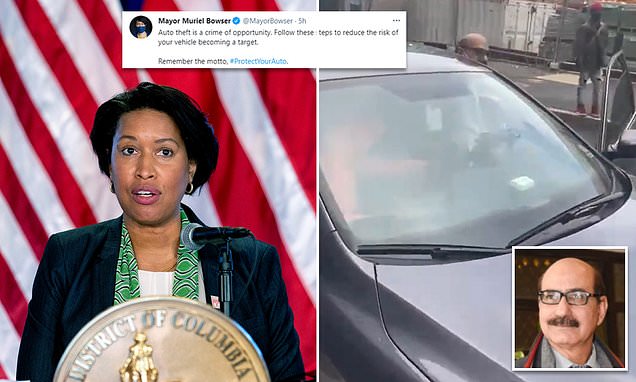 The official Twitter account for Mayor Muriel Bowser (left) posted a tweet (top inset) with a Metropolitan Police Department video about preventing car thefts on Sunday with the caption: ‘Auto theft is a crime of opportunity. Follow these steps to reduce the risk of your vehicle becoming a target.’ The tweet drew outrage from critics who called it tone deaf in light of the death of 66-year-old Mohammad Anwar (bottom inset). Anwar died last Tuesday when he was ejected from his Honda Accord after two teenage girls allegedly tasered him and tried to steal his car, as seen in social media video (right).

Appalling footage of the carjacking near Nationals Park in Washington D.C. on Tuesday that resulted in the death of Pakistani immigrant & Uber Eats driver Mohammad Anwar. The teenage girls who police say used a Taser to steal the car face murder charges.pic.twitter.com/mOPnrLBf0t 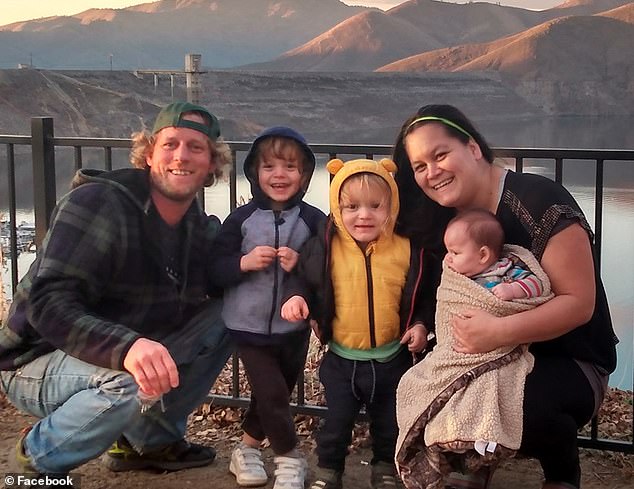 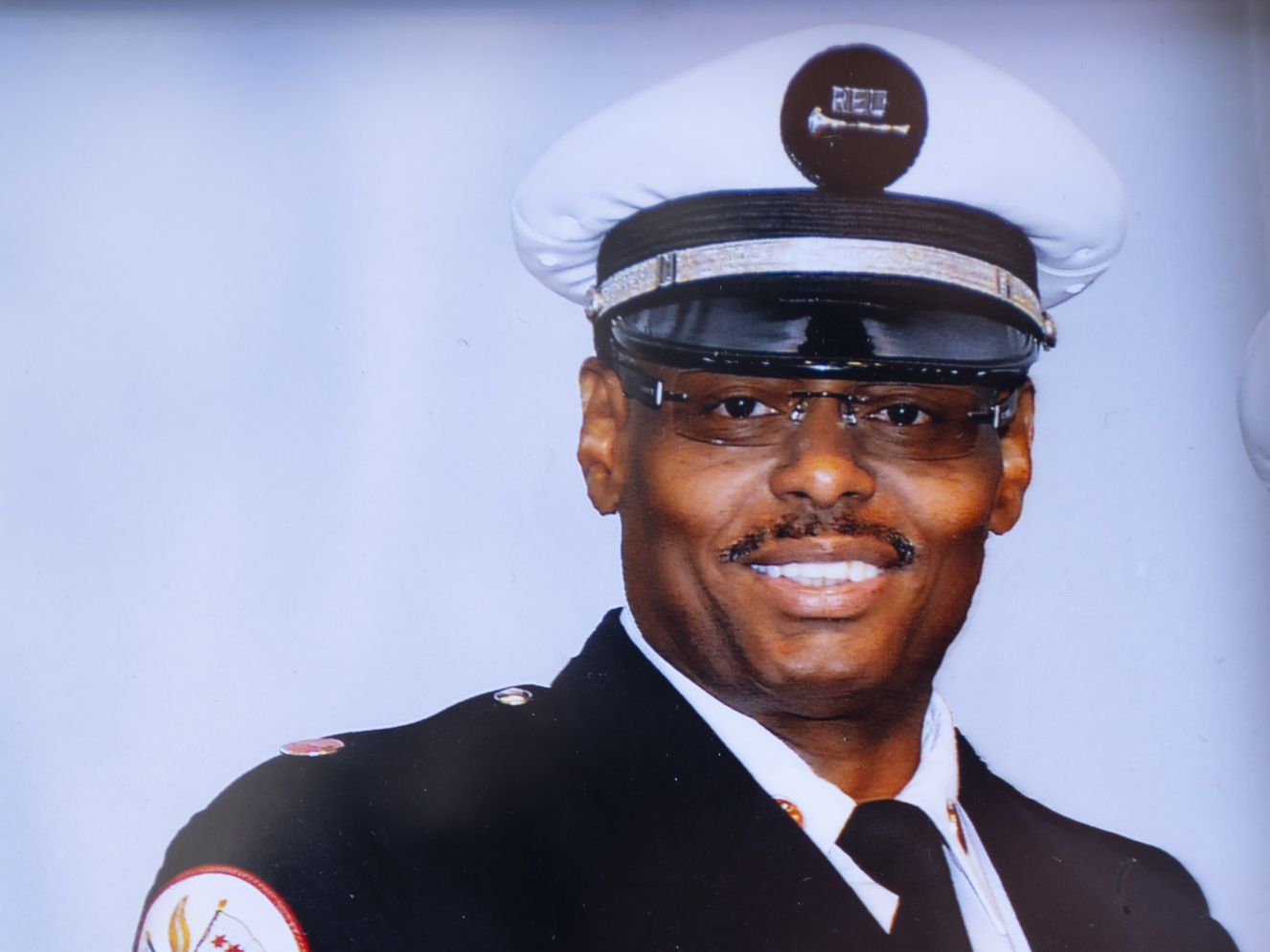