A young bride-to-be, referred to herein as “Ann” to protect her privacy, recently experienced the reality of what would be commonplace with the “Equality Act.”
Ann contacted Liberty Counsel for legal assistance after she went with her mother and sister to a bridal store to try on wedding gowns. She called and booked an appointment with a salesperson. When Ann arrived, the salesperson was wearing a COVID mask, dress, tights and heels. The salesperson proceeded to help Ann in the dressing room, touching private areas of her body while helping her in and out of wedding dresses. Then Ann’s sister and mother pulled her aside and notified her that the salesperson was a man. Ann had never undressed in front of a man and felt violated and deceived by the bridal store.
Ann’s fiancé later went to the store and confronted the owner who defended the employee and said she was required by law to treat the man as if he were a woman.
In 2018, Liberty Counsel represented “Mrs. H.” who encountered a man standing in the women’s locker room in a Planet Fitness in Florida. The man, dressed in gray sweatpants and a tank top, was facing the mirror and pretending to apply makeup. Mrs. H., a survivor of a previous violent rape attempt, needed to use the restroom and politely asked him to leave. Instead, he smirked and watched her in the mirror where he had a full view of every woman entering or exiting the shower and locker area. The Planet Fitness staff permitted him to monopolize the women’s locker room and impede Mrs. H.’s rightful use of it. When Mrs. H. complained to the staff, her membership was revoked.

If HR 5, known as the so-called “Equality Act,” becomes law, instances like these will tragically become legal.

Immutable biological differences and unique attributes between sexes will become illusory because birth sex is irrelevant under the Equality Act. Therefore, women and girls face increased risk of harassment and violence by predatory males who will use gender identity to enter their private spaces. Biological men who subjectively assert they “identify as a woman” will be able to use women’s restrooms, dressing rooms, locker rooms and showers. Men will be legally allowed to bunk with women on overnight stays at church, mission or school events and at domestic abuse shelters or in prison cells.

This bill amends the Civil Rights Act of 1964 and many other federal laws by striking the word “sex,” and inserting “sex, sexual orientation, gender identity” as protected classes throughout the federal code. This amendment erases any sex-based protections for women. The Senate version states the “Q” in LGBTQ stands for “Queer,” which includes the entire universe of about 550 paraphilias outside of LGBT—one of which is pedophilia (euphemistically called “minor attracted persons”).

An article in LGBTQ Nation shows in its own words that the more abnormal an identity is, the better the term “queer” fits that person. “A queer definition is actually hard to provide because the word itself goes far beyond mere sexual orientation or gender identity. The Q in LGBTQ can also signify other sexual orientations and gender identities not covered by the acronym’s preceding letters. If you’re gender-neutral, non-binary, agender, genderfluid, pansexual, asexual, solosexual or something else not covered by LGBT, the Q has got you covered!”

Liberty Counsel founder and chairman Mat Staver said, “This so-called ‘Equality Act’ will set back the gains made by women in sports, invade their private spaces and place them at risk. It is a slap in the face to women and girls who are entitled to safety and privacy. This bill gives males ‘identifying as females’ legal access to use female bathrooms, locker rooms and all public facilities.” 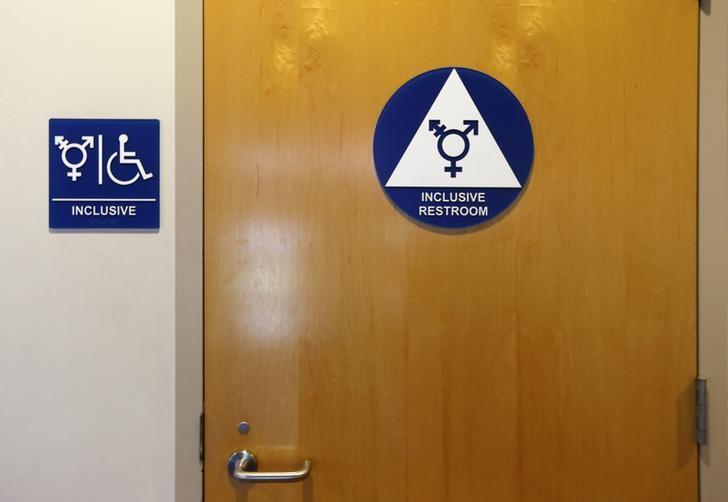