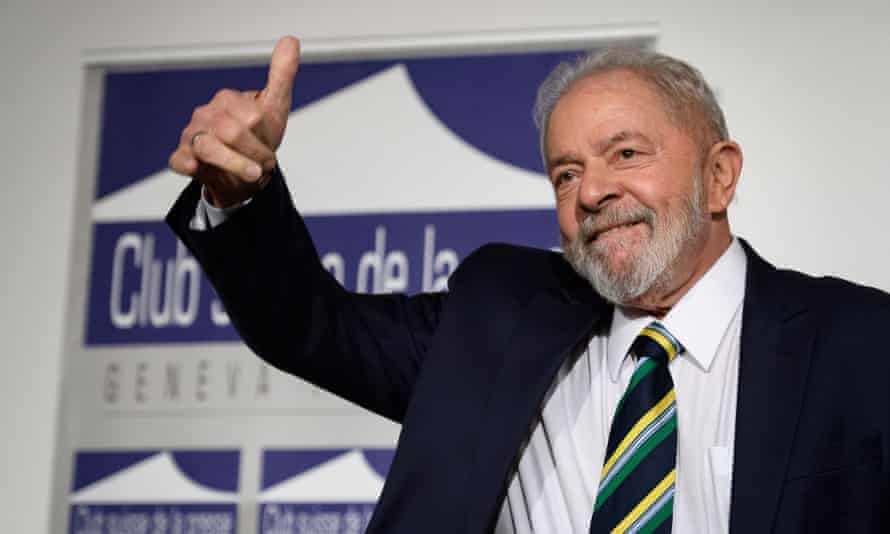 A presidential bid by Lula could spell disaster for Bolsonaro, who styled himself as an anti-establishment alternative to the leftist leader during the 2018 presidential campaign.

“Lula is the worst opponent that Bolsonaro could possibly face,” Talita Tanscheit, a political scientist and professor at the Federal University of Rio de Janeiro, told The Daily Beast. “This is not good news for him.”

While the ruling does not mean Lula won’t face charges again in a different court, it does grant him the right to stand in elections again.

Lula presided over a historic golden era of economic growth in Brazil, fuelled by an almost decade-long commodity boom. During his two terms in office between 2003 and 2011, millions of Brazilians climbed out of poverty, thanks to social policies introduced by Lula’s leftist Workers’ Party, known as PT.

The wildly popular politician, who is now 75, was poised to seek a third term in 2018, but his candidacy was derailed when he was jailed on disputed corruption charges. As scandal ensnared Lula and the PT, growing disillusionment with the left paved the way for Bolsonaro’s overwhelming victory.

Since then, Brazil’s far-reaching corruption investigation—known as Lava Jato, or Operation Car Wash—has unravelled amid allegations of foul play, dampening the anti-leftist wave that lifted Bolsonaro to power. “Each day, it becomes more evident that Lava Jato was just a collective delusion,” Tanscheit said. “The operation was discredited. And this helps Lula.”

Lula became a deeply polarizing figure thanks to the anti-corruption probe that implicated scores in Brazil’s political and business elite. Yet Lula has now gained back the sympathy of many Brazilians, Sérgio Praça, a political scientist and commentator, told The Daily Beast

“There’s a sense that Lula was wronged by Lava Jato and that he deserves another chance,” Praça said, noting that a presidential run by Lula was “probable.”