A psychotherapist who was refused permission by Bath Spa University to study transgender regret is taking his case to the European Court of Human Rights (ECHR).

James Caspian, 61, who has 10 years of experience in counselling transgender people, was told by the university that studying the topic could attract criticism.

He wanted to study the issue for his MA in Counselling and Psychotherapy after noticing increasingly younger people and high numbers of women struggling with their gender identity.

Mr Caspian wanted especially to examine the experiences of regret among those who had transitioned, and the desire to detransition.

He has turned to the ECHR after the British courts refused to hear his case.

“The procedural history of Mr Caspian’s claim fits the very definition of suffering from excessive formalism and a fundamental lack of flexibility,” his application states.

Commenting on his case, Mr Caspian said he had “no alternative” but to go to the ECHR.

“Too much is at stake for academic freedom and for hundreds, if not thousands, of young people who are saying that they are being harmed and often silenced by a rigid view that has become a kind of transgender ideology and permits no discussion,” he said.

“My preliminary research had revealed a growing controversial schism in transgender politics and inpatient experiences which greatly concerned me and confirmed the need for this research.

Here We Go: Labour Party Leader Keir Starmer Apologizes for Visiting Church That is Against Homosexuality on Good Friday 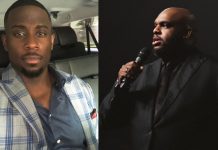