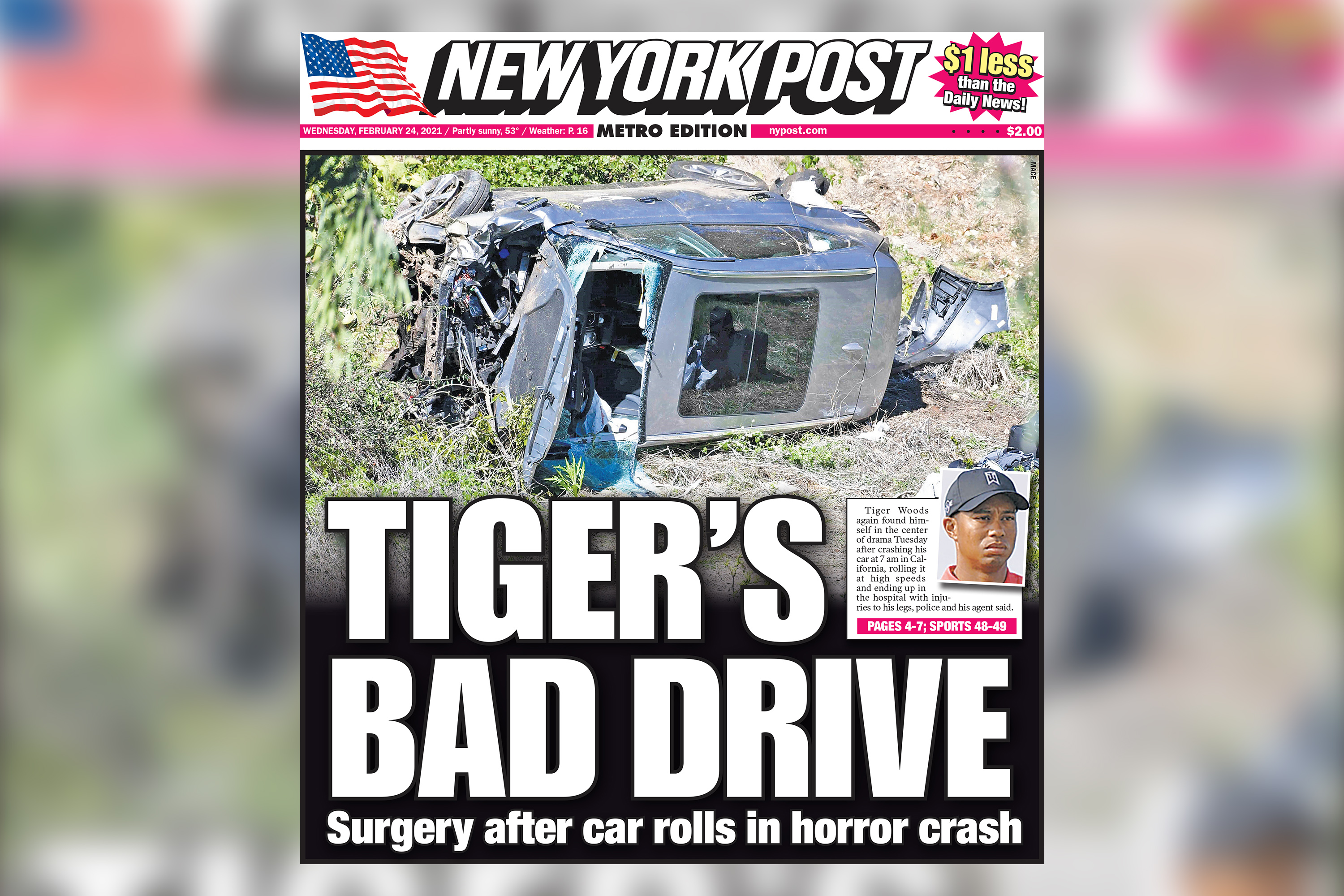 Woods, 45, was conscious and alert as he was pulled out through the front windshield of a badly damaged luxury SUV following the wreck in Rancho Palos Verdes, according to the Los Angeles County Sheriff’s Department.

“It was very fortunate that Mr. Woods was able to come out of this alive,” said Deputy Carlos Gonzalez, who was first on the scene.

Sheriff Alex Villanueva said that while Woods was “able to communicate,” he “was not able to get up. That was not an option.”

Woods’ “serious” injuries included a shattered ankle and two leg fractures— one of which was compound, the Los Angeles Times reported.

Photos from the scene show the gray vehicle on its side on a hill with its airbags deployed and extensive damage to the front-end.