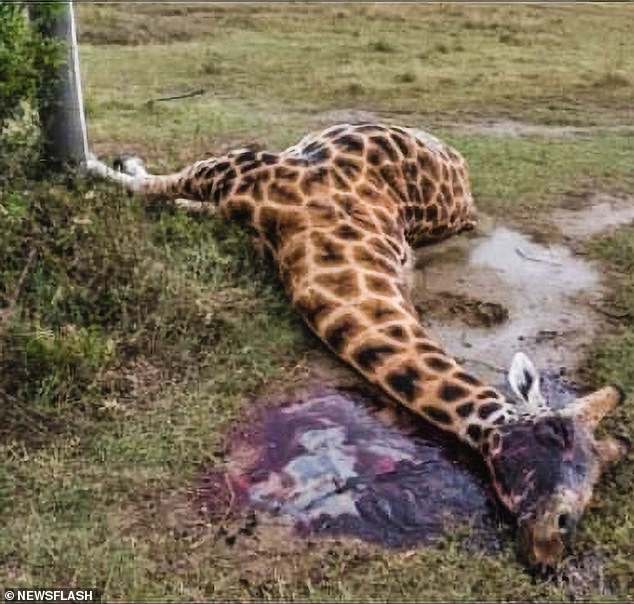 Three giraffes have died after walking into low-hanging electricity cables at a Kenyan wildlife park.

One was killed after coming into contact with a live wire on Sunday, while the two others were electrocuted in a similar incident on Friday.

All three were Rothschild’s giraffes, which are listed as endangered by the International Union for Conservation of Nature (ICU).

The deaths occurred at the Soysambu Conservancy in Kenya’s Nakuru County and prompted outrage on social media, particularly towards the electricity company that maintains the line.

‘This is sad and uncalled for negligence of the highest order,’ one Twitter user wrote.

‘The Kenya Power Company must be responsible for the two electrocuted giraffes at Soysambu Conservancy. This is a big loss to our country,’ another added.