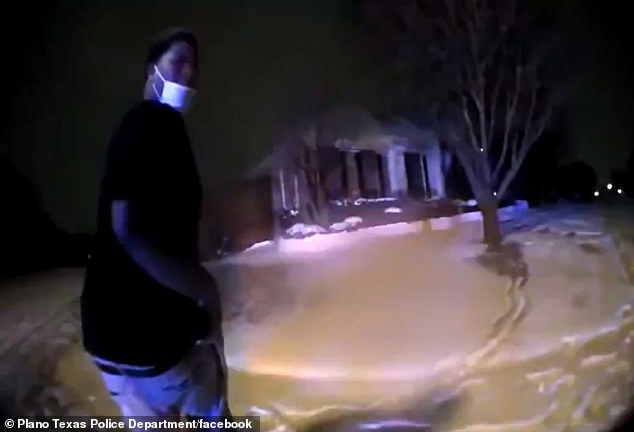 A black high schooler was arrested in Texas last week for walking home in the middle of a street during a snowstorm as he attempted to avoid ice-covered sidewalks.

Rodney Reese, 18, was arrested at 10:45pm on February 16, in Plano, and charged with being a pedestrian in the roadway.

Police said officers received a call about a black man seen stumbling along in the middle of the snowy street wearing a short-sleeved shirt and were sent to perform a wellness check.

The Plano Police Department released body camera footage of their encounter with Reese on Facebook on Friday.

In the video, police are seen approaching Reese and repeatedly asking him where he is going and if he’s okay, to which he replies that his is fine and on his way home.

They continue to follow him for two minutes and 17 seconds, before arresting him in an alleyway.

The charges against Reese were later dropped by Plano Police Chief Ed Drain, who said the arrest wasn’t consistent with why officers were called to investigate in the first place.