The South Korean and U.S. presidents agreed on the need for a comprehensive strategy on North Korea as they push to work together to achieve denuclearization on the Korean Peninsula, officials said.

Biden said it’s important for Washington and Seoul to have the same position and that his government will closely cooperate with South Korea to achieve joint objectives, Moon’s office said.

The two leaders agreed on the need to soon map out a “comprehensive strategy on North Korea if possible,” Moon’s spokesman, Kang Min-seok, said.

The White House said in a statement that Biden spoke with Moon to “stress his commitment to strengthening the United States-(South Korea) alliance, which is the linchpin for peace and prosperity in Northeast Asia.” It said the leaders agreed to closely coordinate on North Korea.

Moon, who took office in 2017, was once a driving force behind now-dormant diplomacy between North Korean leader Kim Jong Un and former President Donald Trump. The Kim-Trump talks collapsed in early 2019 when the Americans rejected North Korea’s calls for extensive sanctions relief in return for limited denuclearization steps.

Moon, who wants to resume the nuclear diplomacy, said last month that Biden could learn from Trump’s successes and failures in dealing with North Korea though he acknowledged Biden was likely to try a different approach.

Biden has called Kim a “thug” and criticized Trump for seeking made-for-TV summits with Kim. Experts say Biden won’t likely sit down for one-on-one talks with Kim unless North Korea shows sincerity in efforts to get rid of nuclear arsenal.

Last month, Kim said at a major political conference that the fate of his country’s relations with the U.S. depends on whether Washington abandons what he calls hostile policy. He disclosed an array of high-tech nuclear weapons systems under development in an apparent effort to apply pressure on the United States.

The U.S., which has about 28,500 troops stationed in South Korea, regularly stages military drills with South Korea. North Korea views such military training and U.S.-led sanctions as proof of American hostility.

Earlier Thursday, Moon tweeted that he had “a great conversation” with Biden. “We will always stand together as we work for peace on the Korean Peninsula and tackle global challenges,” he said.

Moon’s office said the leaders shared the view that a trilateral cooperation among Seoul, Washington and Tokyo is important for regional peace.

The White House said Biden and Moon also “agreed on the need for the immediate restoration of democracy in Burma,” also known as Myanmar, while agreeing to work together to address shared challenges such as the COVID-19 pandemic and climate change.

North Korea Says There is Hope for Peace, Summit with the South 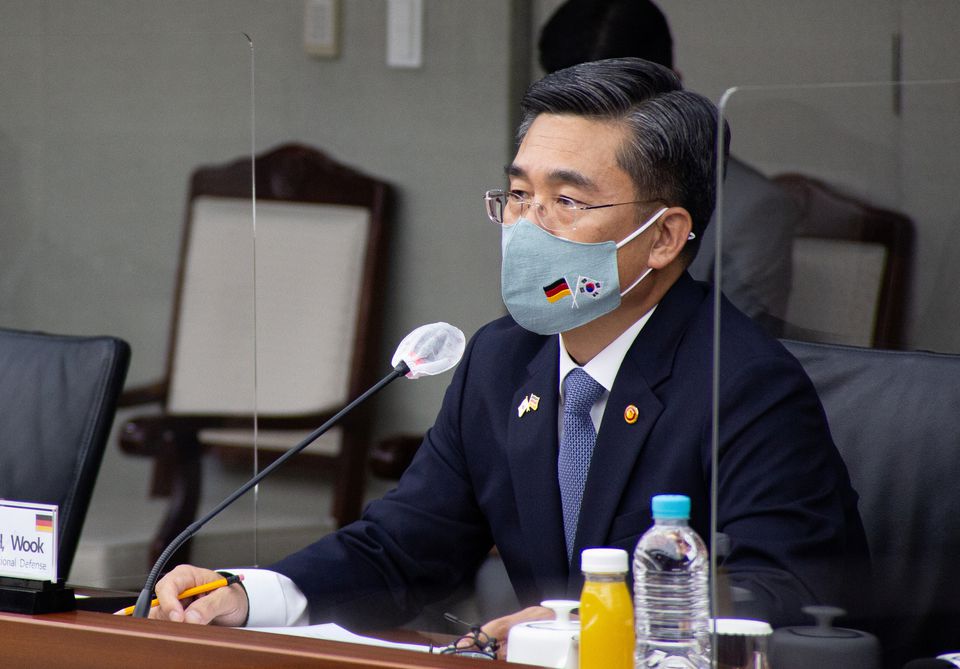