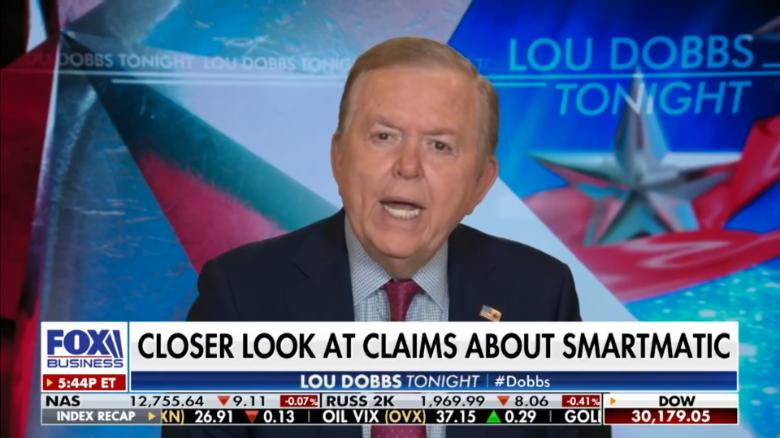 Smartmatic, one of the voting technology companies at the center of debunked conspiracy theories about the 2020 election, on Thursday filed a $2.7 billion libel lawsuit against Fox News, several of its star hosts, along with Trump lawyers Rudy Giuliani and Sidney Powell.

As The New York Times first reported, the suit outlines how Powell and Giuliani “created a story about Smartmatic” and frequently appeared across Fox News programming “to defame and disparage Smartmatic and its election technology and software.” The voting systems company names pro-Trump, conspiracy-mongering Fox hosts Maria Bartiromo, Lou Dobbs, and Jeanine Pirro as defendants. “The story led a mob to attack the U.S. Capitol,” the complaint declares.

Smartmatic provided services for the 2020 election in just one county, the Times noted, but, the complaint argues, the Fox-assisted conspiracies have caused enough damage to the company’s reputation to potentially destroy its “multibillion-dollar pipeline of business.” After legal threats last month from Smartmatic and voting software company Dominion, Fox News and other right-wing media outlets like Newsmax and OAN began airing segments debunking their own unfounded allegations.

“FOX News Media is committed to providing the full context of every story with in-depth reporting and clear opinion. We are proud of our 2020 election coverage and will vigorously defend this meritless lawsuit in court,” the network said in a statement on Thursday.

Pregnant? Engaged? Murdered? A cover-up? So many conspiracies swirled over Princess Diana’s fatal crash. Now the police chief who investigated them all opens his...