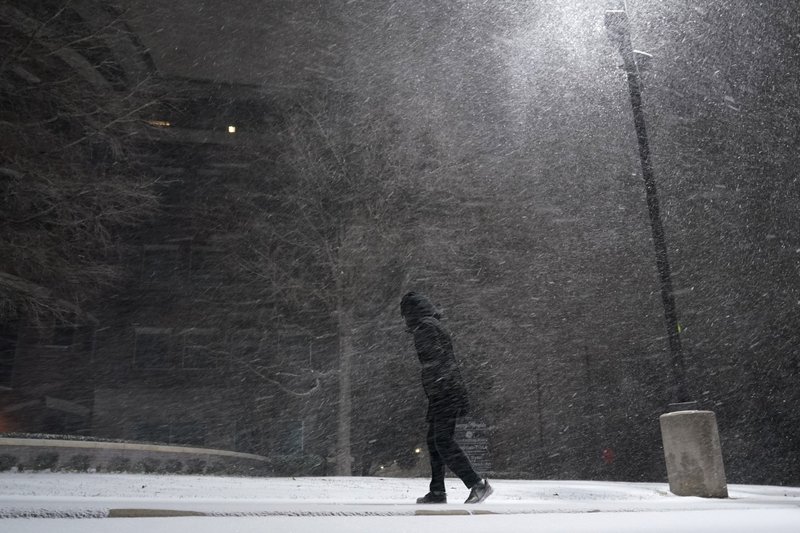 DALLAS (AP) — A winter storm dropping snow and ice also sent temperatures plunging across the southern Plains, prompting a power emergency in Texas a day after conditions canceled flights and impacted traffic across large swaths of the U.S.

Rotating power outages were initiated by the Electric Reliability Council of Texas, or ERCOT, early Monday morning, meaning hundreds of thousands went without electricity for short periods as temperatures fell into the teens near Dallas and 20s (about minus 5 degrees Celsius) around Houston.

“We urge Texans to put safety first,” ERCOT tweeted as it urged residents to reduce electricity use. The council manages the flow of electric power in the state.

“Traffic lights and other infrastructure may be temporarily without power,” the council said.

The council described the rotating outages as a “last resort to preserve the reliability of the electric system as a whole,” adding that utility transmission companies are tasked with determining how to reduce demand on the system.

“Every grid operator and every electric company is fighting to restore power right now,” ERCOT President and CEO Bill Magness said in a statement.

The rotating outages were expected to last throughout Monday morning.

Nearly 2.6 million customers in Texas were in the dark as of 8:20 a.m. CST, according to poweroutage.us, a utility tracking site.