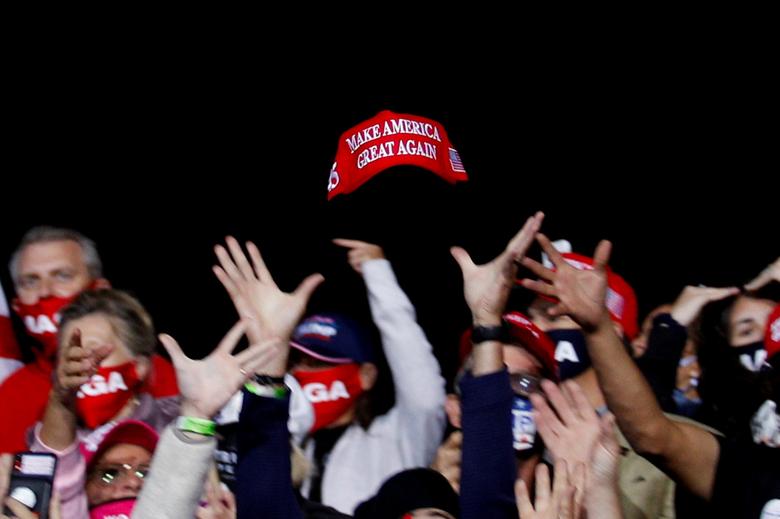 A poll of Trump voters from past elections found that almost half of the former president’s supporters would drop the Republican Party for Trump if he created his own party.

Forty-six percent would switch their loyalty to a Trump third party, with 27% voting Republican and another 27% undecided, according to a Suffolk University/USA Today poll released Sunday.

Despite losing his re-election bid and his social media channels, the poll shows the political cache that Trump still wields and the potential influence he could have on elections in 2022 and 2024.

“These voters more than identify with Donald Trump,” said David Paleologos, director of the Suffolk University Political Research Center. “They feel like they are part of him. Many of these voters feel no real connection to government or Washington, D.C. but they are still very connected to Trump.”

When asked about loyalty, 54% said they were loyal to Trump himself, with just 34% loyal to the Republican Party.

Shane Idleman on Is the Future of America Worth Fighting For?